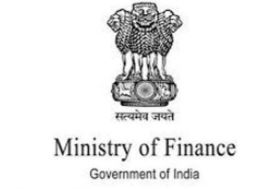 Chhattisgarh and Andhra Pradesh jointly occupy the first position in terms of increase in GST collection in large states of the country.
According to the list released by the Union Finance Ministry, GST collection in Chhattisgarh has increased by 26% in October-2020 as compared to October-2019. A GST of Rs 404 crore has been received in October this year. GST worth Rs 1974 crore has been collected in the state in the month of October of the current financial year 2020-21.
Economic activities continued in the rural and forest areas during the entire lock-down in the state. Through the Kisan Nyay Yojana, 19 lakh farmers of the state have been receiving paddy sales at regular intervals. On the occasion of Rajyotsava, 1500 crore rupees have been added to the farmers’ account as its third installment. Earlier, two installments of Rs 1500–1500 crore have been transferred to the accounts of farmers. Through the Godhan Nyaya Yojana, about 40 crores have been given by purchasing cow dung from farmers and livestock farmers in Gowthan.