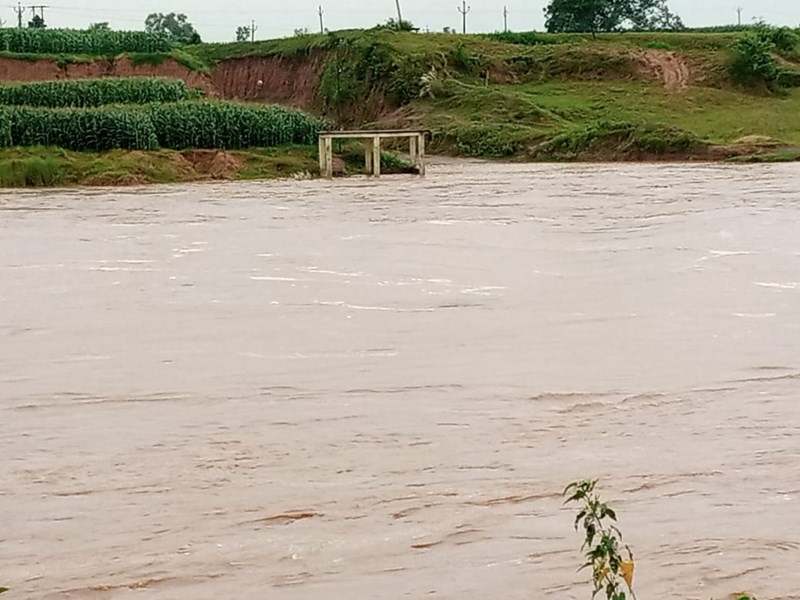 Ambikapur: Traffic on Ambikapur-Kalyanpur-Pratappur road has stopped. SECL’s coal transportation has also been disrupted due to floods in the Mahan river and sinking of the Rapta. People from Vadfranagar, Pratappur area are making inroads in the Banaras road. Four years ago, the great river bridge near Kharagon on the Ambikapur-Kalyanpur-Pratappur road was swept away during heavy rains. Rapta has been constructed for commuting under alternative arrangements. The movement has been stopped completely due to the flooding in the river due to rain, due to the sinking of the river from Alsubah on Wednesday.

The water level of the river is continuously increasing. Everyday, people of Wadrafnagar and Pratappur area come to Ambikapur from this route, but now they have to travel long distances and travel through Banaras route. Coal transported from the Mahan 2 mine in SECL Bhatgaon area is transported by this route but due to the sinking of the SECL coal transportation of SECL has also been completely disrupted. The construction of new bridge in the river has started, but the construction of the bridge has not been completed due to slow construction. In this season, Ambikapur-Kalyanpur-Pratappur road has also been closed several times in the east due to flooding in the river.