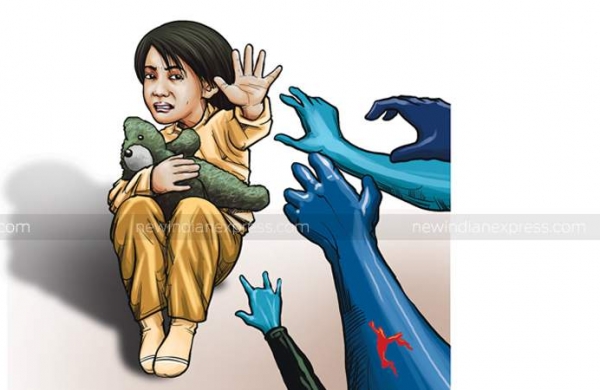 By Express News Service
BHOPAL: Brought from the tribal-dominated state by a couple from Madhya Pradesh in the name of job in July 2020, an 18-year-old girl from Chhattisgarh was allegedly sold six times in MP and UP in two months before she died by suicide in September 2020.

The Chhatarpur district police in MP have busted an alleged human trafficking racket run by a young couple, which not only sold the 18-year-old Chhattisgarh girl, but were also demanding money from her parents, failing which they threatened to kill their daughter.

The girl hailing from Suji Bahar village of Kansabel area of Chhattisgarh’s Jashpur district was brought by young couple Pancham Singh Rai and Savita (wife’s name changed) in July 2020, a resident of Chhatarpur district of MP in the name of giving her a job, but actually sold her to another Chhatarpur man Kallu Raikwar for Rs 20,000.

The girl’s trafficking didn’t end there, as she was subsequently trafficked to five more people in continuation, including Harendra Singh Bundela, Rajpal Singh Parmar, Deshraj Kushwah, Munna Kushwah and finally to Santosh Kushwah – all in different villages of adjoining UP’s Lalitpur district.

The entire human trafficking saga came to the fore after a Chhattisgarh police team arrived in Chhatarpur (MP) on February 4 in search of the abducted girl.

“We formed a special team to assist the Chhattisgarh cops in tracking the abducted girl, after which the subsequent probe unraveled the serial human trafficking saga,” Chhatarpur (MP) district police superintendent Sachin Sharma told The New Indian Express on Sunday.

The MP-Chhattisgarh team tracked the house of Santosh Kushwah, to whom the girl was sold last in July 2020. The questioning of the 45-year-old Lalitpur resident man revealed that the girl was sold to him by Munna Kushwah (also native of Lalitpur district) for Rs 70,000.

While eight accused in the case, including the young couple from Chhatarpur district of MP and six other men from MP and UP have been arrested, the mentally challenged man Babloo Kushwah (to whom the girl was forcibly married) is untraceable.

The Chhatarpur police are now probing the strong possibility of more girls from tribal areas of Chhattisgarh and MP, having been trafficked by the Chhatarpur resident couple to people in MP, UP, and other states.