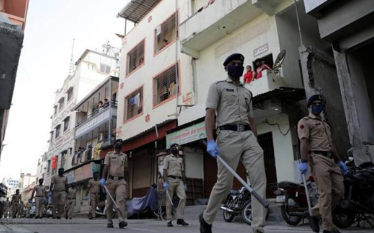 Chhattisgarh has been the top state in the country in providing facilities to the migrant workers who returned during the lockdown. This conclusion came out in a survey conducted by the Interference Survey Statistics and Research Foundation (ISSRF). It is noteworthy that on the initiative of Chief Minister Mr. Bhupesh Baghel, rapid steps were taken to provide various kinds of facilities to the migrant workers in the state and many labor-friendly decisions were taken.
The Interference Survey and Statistics Foundation conducted a survey in six major migrant workers’ returning states of Chhattisgarh, Bihar, Jharkhand, Odisha, Uttar Pradesh and West Bengal. Which focused on various basic facilities including livelihood, education, health provided to migrant workers during lockdown.
Quarantine facility was provided to 100 per cent migrant laborers returned to Chhattisgarh, 97.80 per cent migrant laborers were given free and subsidized ration as per eligibility, similarly LPG connections, cash assistance, agriculture and MNREGA employment and agricultural loans to laborer families. Facilities provided like Chhattisgarh ranks first among surveyed states in providing free LPG connections to workers.
The survey was conducted in 99 gram panchayats of Bilaspur, Dantewada, Jashpur, Mahasamund and Rajnandgaon. Which includes more than five hundred thousand migrant workers. The survey conducted in Chhattisgarh includes 28 in Bilaspur district, 15 in Dantewada, 20 in Jashpur, 19 in Mahasamund and 17 in Gramnandgaon. These gram panchayats were surveyed from 30 June to 28 July.
According to the survey, workers in Chhattisgarh can be divided into two categories. Workers engaged in non-agricultural work in the first category, who are 52.98 percent skilled and in the second category iron and welding, 40.43 percent skilled in fabrication work. Chhattisgarh accounts for one third of the skilled workforce. 63.94 percent of construction workers from Chhattisgarh are skilled in construction cutting work.