Chhattisgarh: Seal the boundaries of three states to stop the spread of corona 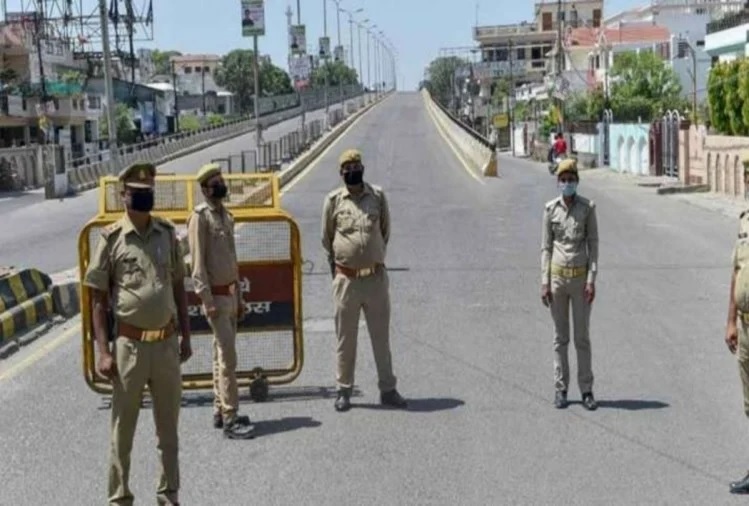 In view of the increasing corona prevalence in Chhattisgarh, the local administration has decided to seal the state boundaries adjoining the three states. Apart from sealing the borders and deploying policemen by putting up barriers, the lives of the people living in the border villages have also been affected. Inter-provincial transport of bauxite has also been banned.

Lockdown in Sarguja, Surajpur and Balrampur districts has again become effective due to negligence during unlock in North Chhattisgarh. The border of Jharkhand, Uttar Pradesh and Madhya Pradesh bordering the border has also been sealed. Bauxite is transported from Hindalco-operated mines in Samarri area of ​​Balrampur district to Garral via Garhwa in Jharkhand.
Traffic from Uttar Pradesh is not possible from the lockdown in Vadrafnagar Nagar Panchayat. Balrampur District Collector Shyam Dhawade said that the boundary of Ramanujganj Nagar Panchayat attached to Jharkhand has already been sealed. Collector of Surajpur, Ranbir Sharma said that with the declaration of Navtola of Odgi block connected with Madhya Pradesh as a containment zone, the duty of police has been imposed by sealing the border. Criminal cases are being filed against those who violate the rules.

Full lockdown in Balrampur with Surguja Full lockdown has started in Balrampur with Surguja. The boundaries of Surajpur, Bishrampur, Jarhi, Bhatgaon, Pratappur, all the urban bodies of Surajpur district have been sealed since 12 o’clock on Monday night. The boundaries of Balrampur district connect with Jharkhand and Uttar Pradesh. The border of Ramanujganj Nagar Panchayat is already sealed. Vehicles coming from Uttar Pradesh border will also not get entry into Wadrafnagar.

It has been declared a containment zone after the death of a corona infected in Navatola adjoining Biharpur in Surajpur district. Madhya Pradesh borders itself with Navatola. People used to come and go daily from the border villages of Jharkhand, Uttar Pradesh and Madhya Pradesh adjoining Chhattisgarh.