Chhattisgarh returns again, chilli, snow sheet lying in Pendra-Dharampani, know the condition of other states of the country 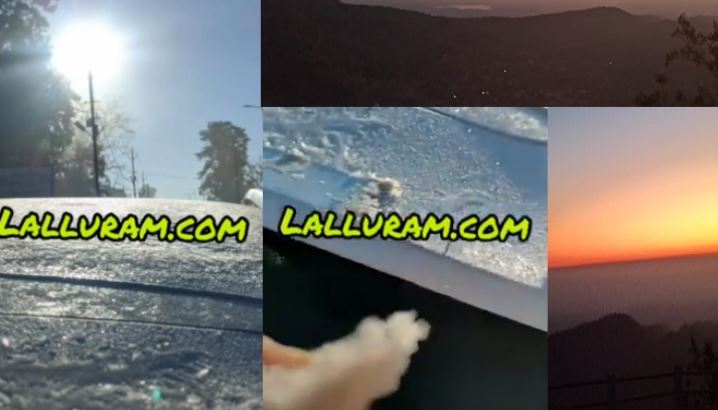 The cold has returned once again in Chhattisgarh. The cold has increased considerably in the last two days in North Chhattisgarh. In some places, a sheet of snow has been seen in the morning. This effect of cold in the state is due to the severe cold in northern India and the continuous snowfall on the Himalayan hills. Due to which there is cold wave in the north and its effect is seen in the southeast state of Chhattisgarh.

In Chhattisgarh, two days ago, the heat had started falling considerably, but from the night of 13 January, there has been a lot of sudden change in the weather. On whose 14 and today, 15 January, once in the morning, the effect of cold has shown.

According to the information, with the return of the cold in the state, snow has started to accumulate in Dharampani of Kildha, Pendra. Our special correspondent Vinod Dubey is on a trip to Amarkantak these days. And he has sent some pictures from Pendra’s Dharampani this morning, in which a thin layer of snow or a sheet of cloth is seen lying in the vehicles. You can see it in the video below.

According to the Indian Meteorological Department, the effect of winter will be seen in North India especially in Delhi for the next few days. Also, cold will remain in the north states. At the same time, the temperature in Srinagar has reached the lowest level of 25 years. On Thursday, the minimum temperature in Srinagar was -8.4 degrees Celsius.