Chhattisgarh ranks 15th in the country in the death of Corona 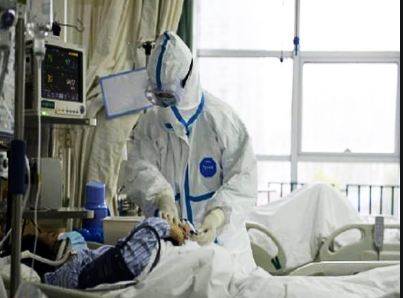 According to the Health Department, about 65 percent of the patients had complaints of other diseases with corona. The immunity in these patients decreases due to other diseases. Due to this, these patients died during treatment. The first death from Corona in the state was on May 29, while the number of dead reached 277 by August. In September, that is, the number of dead increased to 680 in just 30 days. From October 1 to 3, 74 people have died after being corona infected.1924 coronas have been found infected in the state, including the wife of BJP leader and former Raipur collector OP Chaudhary. At the same time, 2220 healthy and 14 people died. Giving information via social media, the BJP leader said that his wife’s corona report is positive. They are also having symptoms, because of this, they will conduct a sample test soon. Chaudhary has appealed to the people coming in contact with him to be isolated and to check if the symptoms are male. According to the health department, 307 patients in Raipur, 185 in Raigad, 126 in Bilaspur, 128 in Rajnandgaon, 119 in Durg, including patients from other districts. Of the healthy patients, 496 have been discharged from the hospital, 1724 infected have completed home isolation. In cases of death, 8 patients had infections with other diseases, While six people lost their lives due to Corona. So far, in the state, 11 lakh 68 defeats, 578 sample investigations have found a total of one lakh 23 defeats 324 patients.