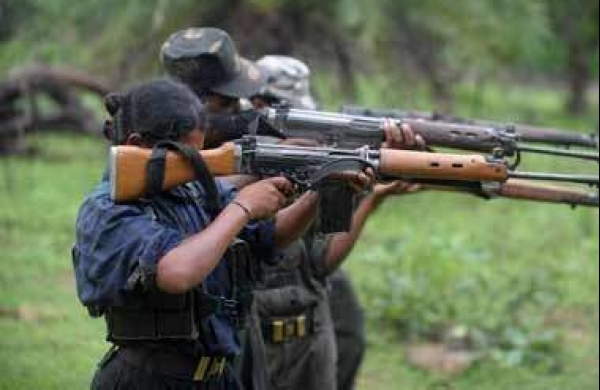 Express News Service
RAIPUR:  Security forces gunned down a hardcore Maoist cadre in an exchange of fire in the strife-torn Dantewada district, about 450 km south of Raipur on Wednesday.

“On a tip-off, a joint team of Chhattisgarh Armed Force (17th battalion of CAF) and District Reserve Guards (DRG) were out on the search operation. There was an exchange of fire between the forces and the Maoists inside the forested terrain between Chikpal and Marjum. A body of Maoist with 9 mm pistol was recovered from the encounter site,” said Dantewada SP Abhishek Pallava.

Pallava added that the Maoist has been identified as Hidma Muchaki, who was Katekalyan area committee member carrying a reward of Rs 5 lakh on his head. The gunfight continued for over an hour.

After the gun-battle the remaining cadres of the banned outfit fled into the nearby jungle. The police said that the troopers have intensified their search operation in the region. Dantewada is among the seven worst Maoist-affected districts in the conflict zone of Bastar.