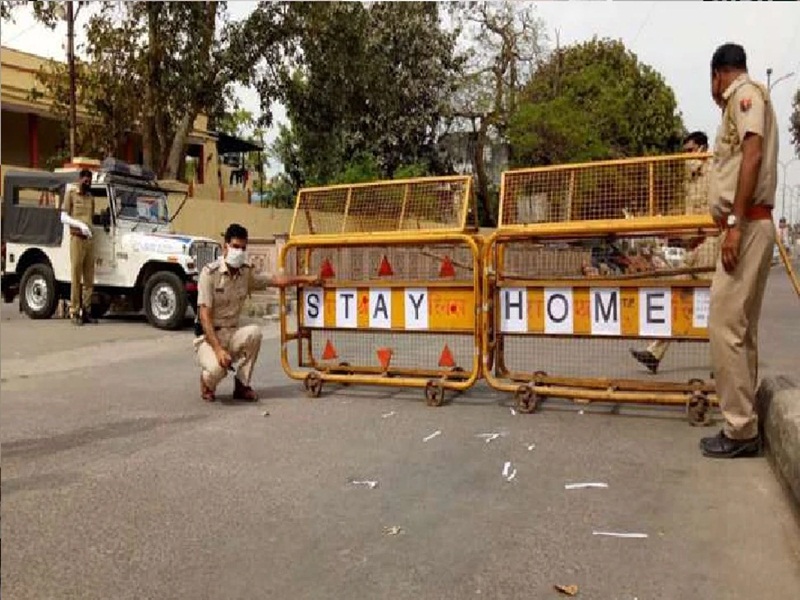 Ambikapu Chhattisgarh Lockdown Update . The lockdown in Sarguja, Surajpur and Balrampur districts has become effective again due to negligence in Unlak in North Chhattisgarh. Due to the lockdown, the borders of Jharkhand, Uttar Pradesh and Madhya Pradesh along the border of Balrampur and Surajpur districts have also been sealed. Inter-provincial transport of bauxite from Hindalco-operated mines in Samri area of ​​Balrampur district has also been stopped.

Bauxite is transported to Meral in Jharkhand. Trucks had to pass through Garhwa to go to Meral. In Garhwa, bauxite transportation has been banned due to the increased number of corona-infected patients, the drivers of trucks carrying bauxite and the possibility of cleaners coming in contact with corona infected.

Surguja district, along with Surajpur and Balrampur district, has also been strictly barred from coming from neighboring neighboring provinces strictly for the prevention and control of corona infection. Criminal cases are being filed directly against those who violate the rules. A complete lockdown has begun in Balrampur along with Surguja to prevent corona infection.

Vehicles entering from the Uttar Pradesh border will also not get entry through lockdown at Wadrafnagar. It has also been declared a containment zone after the death of a corona-infected patient at Navatola adjoining Biharpur in Surajpur district. Madhya Pradesh borders itself with Navatola.

Everyday people used to come from the border village of Jharkhand Uttar Pradesh and Madhya Pradesh adjoining Chhattisgarh. The sealing of the borders and the deployment of policemen by putting up barriers, has also affected the lives of the people living in the border villages of the four states.

– To prevent corona infection, all the urban bodies of the district and block headquarters Shankargarh have been declared as containment zones. The inter-provincial transport of bauxite has been banned. Due to the lockdown in Vadrafnagar Nagar Panchayat, the movement of vehicles from Uttar Pradesh is not possible. The border of Jharkhand is connected to Ramanujganj Nagar Panchayat, where the border has already been sealed. – Shyam Dhawade, Collector, Balrampur.