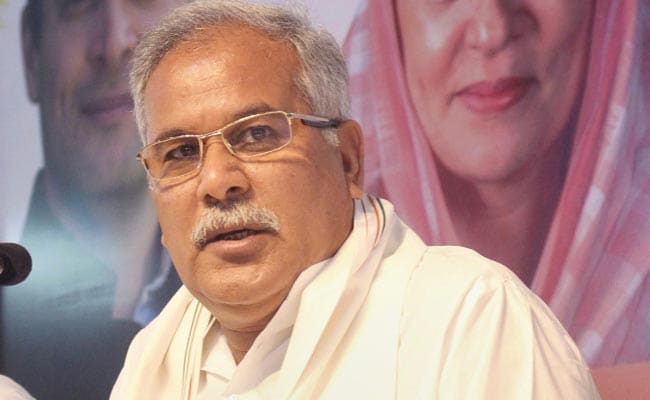 Chhattisgarh Chief Minister Bhupesh Baghel has written a letter to Union Minister of Coal and Mines Prahlad Joshi again requesting for the state’s rightful share of additional levy collected from coal block allottees of the state.

The chief minister said that additional levy of Rs 4,140.21 crore being deposited to the coal ministry by the eight companies, which have been allotted coal blocks in the state, should be made available to the state government immediately for effective implementation of measures being taken to curb the spread of coronavirus amid lockdown.

Referring to his letter sent on January 23, Mr Baghel said that the state government had earlier also demanded the additional levy of more than Rs 4,140.21 crore deposited to the Centre by eight former coal blocks allottees out of the total cancelled blocks at the rate of Rs 295 per metric ton for mining. But, the state is yet to receive the information about the action taken by the Union Coal Ministry in this regard.

The Chief Minister also referred to the State Government’s opinion given in reply to the Union Coal Ministry’s letter dated 27 August 2015 and mentioned the order issued by the Supreme Court in this regard, stating that the additional and prescribed amount of levy should eventually be payable to the state government.

Mr Baghel in his letter contends that, as per Constitution, the Coal Mines (Special Provisions) Act, the rules of the Mines and Minerals Act 1951, Mineral Concession Rules 2016 and the Chhattisgarh Land Revenue Code, the state government has the ownership and also there is a provision in favor of the state government to collect royalty, levy and other taxes on minerals.

He emphasized that the state government has the entitlement to receive the amount of additional levy deposited to the Coal Ministry, at the rate of Rs. 295 per metric ton by the former coal block allottees.

The Chief Minister said that Chhattisgarh is also under lockdown for the last one and a half months to prevent the spread of Covid-19. Several protective measures have been implemented in the state for prevention of the infection. As a result, only 59 corona positive cases have been found in the state so far. Out of which 43 people have recovered and 16 are currently under treatment.

The state government has taken immediate steps to prevent corona infection, to prevent migration of laborers of the state, to provide health and food grains to the laborers living in the state and arrangement of the movement of people from other states as per the Guidelines of the Government of India.

The Chief Minister said that providing the state’s rightful share of the additional levy amount will help the state government to work more strongly and effectively in the public interest of the state during the situation arising from Covid-19 pandemic.