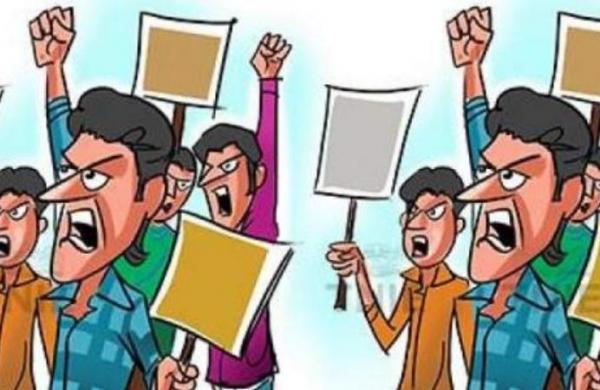 MLA Chandan Kashyap who represents Narayanpur Assembly constituency in south Bastar, arrived at the venue where the scheduled public hearing was held amid the presence of senior officials and the police force.

With conflicting viewpoints being put front over the upcoming project in the region, the villagers asked the Congress leader to elucidate his stand during the public hearing. The locals asserted that they are not in favour of any industries citing their loss of land, the pollution of air and adjoining river.

Some tribals raised objections against the project, claiming the region is revered by them as the place worship of their local deity.

The villagers had earlier submitted a memorandum to the district authorities in support of their demands.

“The villagers got agitated over some reactions they perceived from the MLA at the public hearing and began protesting his visit. He had to rush back to his vehicle under the police protection and hastily left the place. Some unidentified angry villagers also pelted stones on his car,” a local eye-witness told The New Indian Express.