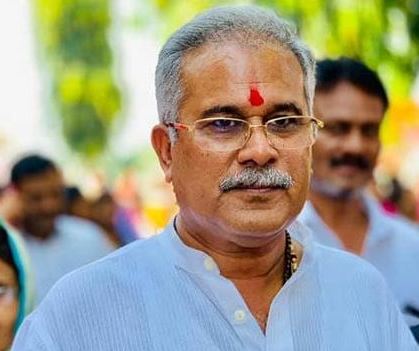 Former AICC chief and MP Rahul Gandhi will take part online in the first phase of the function from noon while state Governor Anusuiya Uikey will attend the next phase through video conferencing from 1:30 pm, an official said.

Chhattisgarh came into existence on November 1, 2000 after the bifurcation of Madhya Pradesh.

Unlike previous years, Rajyotsav is being held in two phases in a simple manner this year at the CM’s official residence due to the coronavirus outbreak, said the public relations department official.

“In the first phase, the CM will release the third installment of cash benefit under Rajiv Gandhi Kisan Nyay Yojna to 18.38 lakh farmers. He will also inaugurate Swami Atmanand Government English Medium School Scheme which aims at providing education in the language. Initially, 52 schools will be started,” he informed.

“In the second phase of Rajyotsav function, state awards will be given. The CM will dedicate five tourist resorts constructed under the Tribal Tourism Circuit. He will also perform e-bhoomi pujan (ground breaking) of development and beautification works at Rajim and Shivrinarayan under Ram Van Gaman Path tourism circuit project,” he said.

The fortified rice distribution scheme, under which iron and vitamin enriched rice will be given through PDS etc, will be started on a pilot basis in Kondagaon district to fight malnutrition.

Baghel will also dedicate 132/33 KV Power Sub Station in Bijapur and the 87.5 kilometre long 132 KV Barsur-Bijapur line, which will ensure electricity supply to 23 remote villages in the Naxal-affected district, he added.