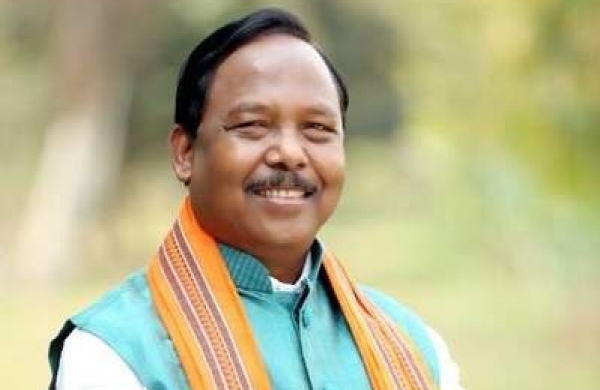 By PTI
RAIPUR: BJP’s Rajya Sabha member and former Chhattisgarh minister Ramvichar Netam has become a victim of credit card fraud as an unidentified person allegedly misused it and made a transaction of around Rs 37,000, police said on Friday.

A complaint in this regard was lodged by the MP’s relative at Telibandha police station in Raipur on Thursday night, a police official said.

“Unidentified conman has made a transaction of USD 508.92, around Rs 36,844 in Indian currency, by misusing an SBI credit card issued in the name of MP Ramvichar Netam. The transaction was made on February 24 this year,” said Station House Officer (SHO) of Telibandha police station, Sonal Gwala.

Netam possessed that credit card, but its validity had ended in 2020, following which he had destroyed it.

After that, Netam did not make any request for its renewal, he said.

Without the permission and knowledge of Netam, an unidentified trickster fraudulently managed to get the credit card renewed and carried out a transaction of USD 508.92.

The forgery came to light when the bank’s executive called Netam for payment of Rs 45,668 (which also includes taxes as well as interest against the transaction), he added.

Initially, Netam told the bank that no such transaction was done by him and the credit card is also not available with him as its validity has ended.

However, as he continued to get calls from the bank for the payment, he visited the bank, where he came to know about the transaction, after which a complaint was lodged, Gwala said.

An offence under section 420 (cheating) of the Indian Penal Code has been registered in this connection, he added.