Chhath Puja will be celebrated from home, Collector issued orders in view of Corona epidemic 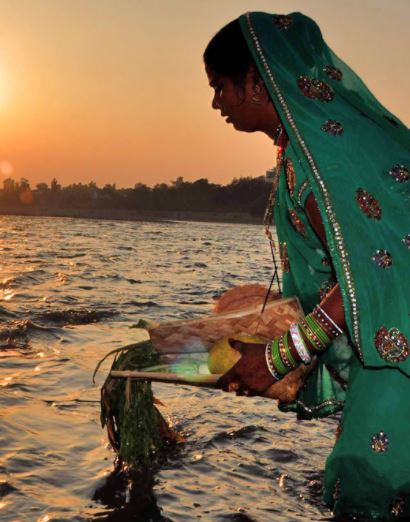 According to the instructions of the state government, an order has been issued by Collector Shri Ranbir Sharma to conduct Chhath Puja houses this year. It has been stated in the issued order that 3487 corona virus positive patients have been identified in the district till 06 November 2020 and about 30 to 40 corona positive patients are being received every day. Keeping in view the continuous increase of Corona positive cases, instructions have been issued to organize Chhath Puja to prevent and control it so that common citizens do not gather in one place and the prayers can be completed with full faith and respect. In this regard, a meeting of Chhath Puja committees has been held on 07 November in the district, in which it has been decided that the common people will perform Chhath Puja in their homes. Will not go to any river, water stream, pond, pokhari to pay. The president or secretary of the Chhath Puja Committee will place a banner before any worship at the Chhat Ghat, so that common citizens can know in advance. Apart from this, we will promote through Facebook, WhatsApp and other media. Chhath Puja will not be permitted under any circumstances. During Chhath Puja, it should be said that special care should be taken not to gather crowds in any situation in shops for selling pooja material. The Chief Municipal Officer, Nagar Panchayat Officer has been instructed to propagate the restrictions through loudspeaker mic. In addition to all these instructions, the Government of India Ministry of Health and Family Welfare issued the SOP issued on 04 June 2020. Will have to be compulsorily followed.
It has been told that in violation of the order, strict action will be taken under the Epidemic Disease Act and other law-friendly sections.