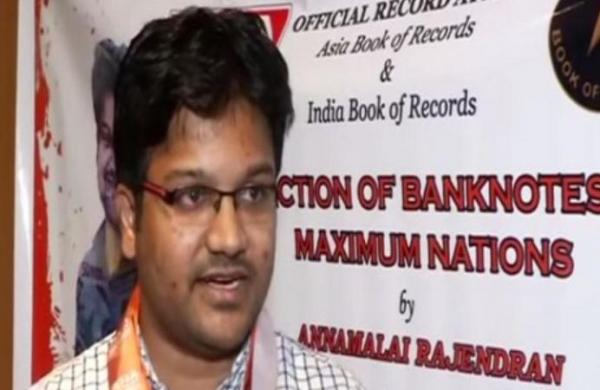 Annamalai Rajendran, the 34-year-old software engineer who achieved this feat, told ANI, “A hobby which started 10 years ago to maintain work-life balance soon turned out to be a passion as I get to know more about other countries and their traditions. I collected most of my banknotes through friends and numismatic auctions.”

He has broken the record earlier held by Jayesh Kumar from Coimbatore.

Some of these currencies belong to a range period-17th Century to 21st Century. They are made of different materials like paper, polymer, cardboard, gold and cloth.