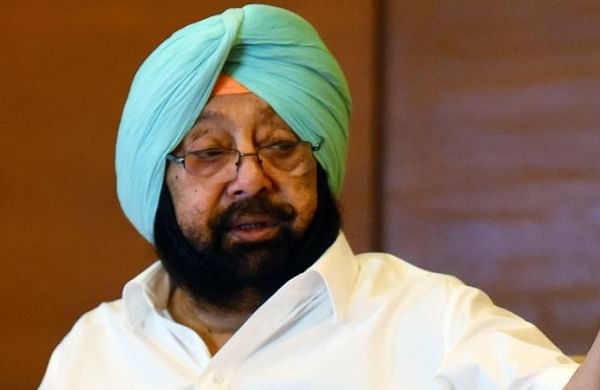 He said despite having ‘tremendous potential’, the CM is being made to be subservient to the whims of State Congress chief Navjot Singh Sidhu.

“Channi will eventually end up as a night watchman only,” the former CM said.

Reacting to the appointment of Sidhu as the Chairman of the Congress Election Committee for Punjab, Singh said it was “unprecedented” that a Chief Minister was made subservient to the PCC president.

“No self respecting leader should accept such humiliation”, he said.

Congress on Monday announced the formation of an election committee for the upcoming state assembly polls.

Amarinder, who floated his own party to contest the upcoming polls after his unceremonious exit as CM, was succeeded by Charanjit Singh Channi.

He also accused the Congress of playing Dalit card by choosing Channi as the CM.

“Was he just a showpiece to get the SC votes?” he asked.

“Just because someone is behaving like a spoilt child and throwing tantrums day in and day out, you are submitting to all his blackmail and in the process insulting and humiliating your Chief Minister, who is doing a good job”, he said, adding, “the Congress is going down the dumps”.

Punjab, where the Congress is seeking to retain power, will go to assembly polls early next year.