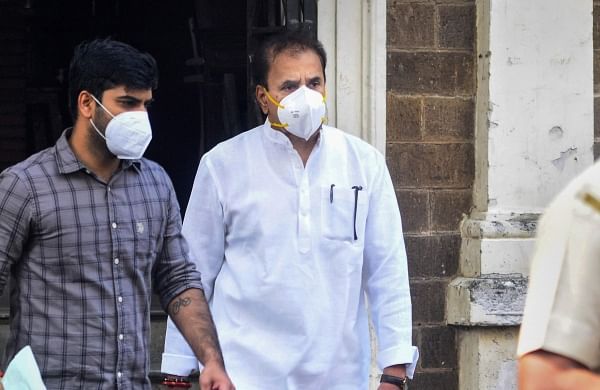 MUMBAI: Former Maharashtra home minister and NCP leader Anil Deshmukh on Monday deposed before the Chandiwal Commission and denied allegations that extortion money was demanded from a bar owner.

He was being cross examined by dismissed cop Sachin Waze’s advocate Yogesh Naidu.

During the recording of evidence, Naidu pointed to a WhatsApp message received by Waze from one Ankit Anand, who owned a bar named True Tramm Trunk (TTT).

It is Waze’s allegation that Anand was a close friend of Deshmukh’s son Salil Deshmukh.

The Whatsapp message read “I am ready with the collection as told by Salil about hukka parlour, pubs and orchestra bars. Pls let me know when to meet you. Ankit anand, friend of Salil Deshmukh (HM son)”.

Naidu asked Deshmukh if he knew Anand, to which the NCP leader replied in the negative and also denied the extortion allegation.

It is Waze’s allegation that TTT was one of the 1,750 bars from where Deshmukh had asked him to extort money.

After Naidu completed his cross-examination, Deshmukh before rising from his seat in the witness box told the commission he wanted to speak about “param satya”.

“Why did Param Bir Singh (former commissioner of police) write that letter (leveling corruption allegations against Deshmukh). I want to state that the ‘param satya’ should come out,” Deshmukh said.

Justice Chandiwal, however, told Deshmukh he will need to take written permission if he wanted to speak.

He further said the former minister had already stated whatever he wished to say in his affidavit.

Waze’s application seeking to summon Mumbai Joint Police Commissioner Milind Bharambe as a witness was also rejected, though Justice Chandiwal gave a day’s time to Waze to take legal opinion on whether he wanted the challenge the order.

Singh, who was transferred from the post of Mumbai police commissioner in March in the aftermath of the Antilia bomb scare episode, had claimed Deshmukh had asked police officers to collect Rs 100 crore a month from bars and restaurants in the city.

The Central Bureau of Investigation (CBI) and the Enforcement Directorate (ED) are also probing these allegations against Deshmukh, who is currently in judicial custody in a money laundering case.