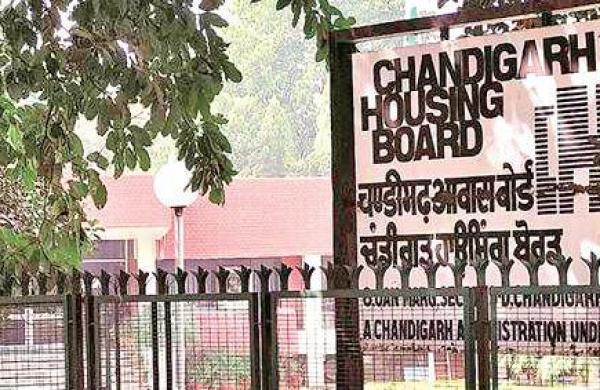 Express News Service
CHB extends penalty scheme till December 31 The Chandigarh Housing Board (CHB) has extended the penalty scheme up to December 31 to remove, or rectify, or regularise need-based building violations after paying the applicable charges. This scheme had expired on December 31 last year. The decision was taken in the board of directors meeting held under the chairmanship of UT adviser Manoj Parida, who is also holding the charge of CHB chairman. It has also decided that the units will be restored on several conditions, including removal of all building violations, because of which the allotment was cancelled, by June 30 along with payment of applicable revival/restoration charges.

96 liquor vends to be auctioned in ChandigarhThe Chandigarh excise and taxation department is putting 96 liquor vends on auction for the next fiscal, up from 94 in 2020-21. The e-auction will begin on March 10 and bids can be submitted by March 18. The results will be declared on March 19. The highest reserve price of Rs 7.95 crore has been set for a liquor vend in Dhanas. In 2019-2020, it had fetched the department Rs 10.78 crore, the highest among all vends. Last year, too, it went for Rs 7.05 crore, the second-highest bid. In the Excise Policy 2021-2022, the  Chandigarh administration has kept the licence fee and excise duty on beer and wine unchanged. While on the Indian-made foreign liquor (IMFL), the duty has been increased by 6 per cent, which is expected to increase the prices of popular liquor brands by 10 to 12 per cent.

Varsity gets notice for not paying property taxThe Chandigarh Municipal Corporation (CMC) has served a notice of Rs 13.61 crore on Panjab University for non-payment of property tax in respect of its various buildings on its campus. It has warned that if the money was not paid within 15 days, then further action to recover the dues will be taken under Section 138 of the Punjab Municipal Corporation Act, 1976. The civic body has been issuing notices to government departments for non-payment of property tax. It had recently served a notice of Rs 48.33 crore on the Chandigarh administration for not clearing the property tax.

Civic body to launch online dog adoption facility The Panchkula Municipal Corporation will soon start an online dog adoption facility. The pups of stray dogs will be reared at the Sukhdarshanpur dog pound and then, they will be given for adoption. The civic body had recently constituted a monitoring and implementation committee for the management of stray dogs. Last month, a dog care and rehabilitation centre was inaugurated. It is built at Rs 4.07 crore and is equipped with modern facilities to accommodate 1,000 canines. The dog pound has 36 cages in separate blocks, a washing spa, an OPD, a veterinary doctor room, an operation theatre, among others.