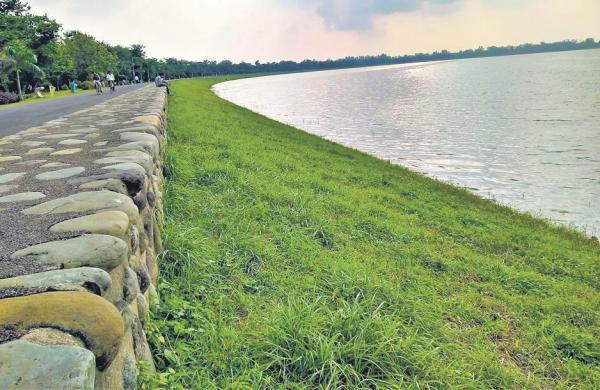 Express News Service
Machine rented to clean Sukhna LakeThe Chandigarh administration has for the first time rented an Aquatic Weed Harvesting Machine (AWHM) to remove weeds from the Sukhna Lake. The machine is rented for three-and-half-months from a Mumbai-based company for Rs 12 lakh per month. The administration expects to remove all the weeds from the lake within three months. The area of the lake has decreased from the original 228 hectares to 148 hectares due to heavy weed infestation, which has made the lake unattractive to tourists. The weeds growing in the lake include potamogeton crispus, hydrilla verticillata and vallisneria spiralis.

Chandigarh ropes in 2 senior civil servants The Ministry of Home Affairs (MHA) has cleared Nitin Kumar Yadav, a 2000-batch IAS officer of Haryana cadre to be posted as Home Secretary of Chandigarh and. The MHA has also cleared Anindita Mitra, a 2007-batch IAS officer of Punjab cadre to be posted as Chandigarh Municipal Commissioner. These names have been sent to the Department of Personnel and Training to be placed before the cabinet appointments committee. Once cleared by the committee, the Department of Personnel will issue orders. It is more or less clear by now that both will be joining the administration