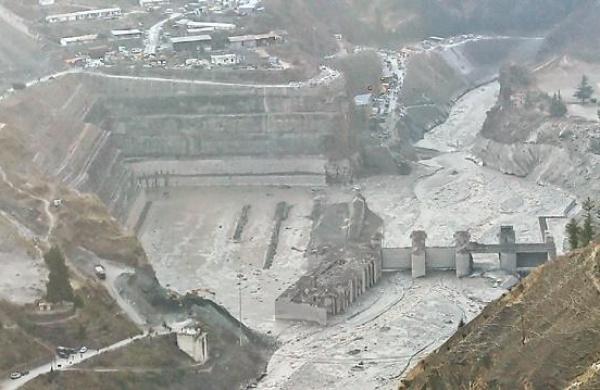 Ridhim Agarwal, deputy-inspector general of State Disaster Response Force said, “The depth of the lake is said to be around 9 meters. Based on recommendations and reports of the joint team on the spot, further course of action will be decided.”

The divers were winched by the Advanced Light Helicopter of the Indian Air Force on Saturday to measure the depth of the lake to determine the pressure on the dam formed by rubble and debris which came down after February 7 flashfloods.

Y P Sundariyal, head of the department of geology, Hemanvanti Nandan Bahuguna Garhwal University said, “The plausible solutions are being discussed and once the joint team submits final report a decision can be taken. The good news is that the lake itself is draining in three places.”

The teams of State Disaster Response Force are installing early warning systems and other requisite equipment such as QDA (Quick Deployable Antenna) communication system which will help in quick communication in areas with no mobile and internet connectivity in case of flash floods, weather change or any other weather-related event in the area.

Total 68 bodies and 28 body parts have been recovered to date while 136 are still listed as missing. The state government officials told that a total of 96 DNA samples has also been taken to match the preserved remains to confirm the identifies.

Out of total recovered 38 bodies and one body part has been identified to date.