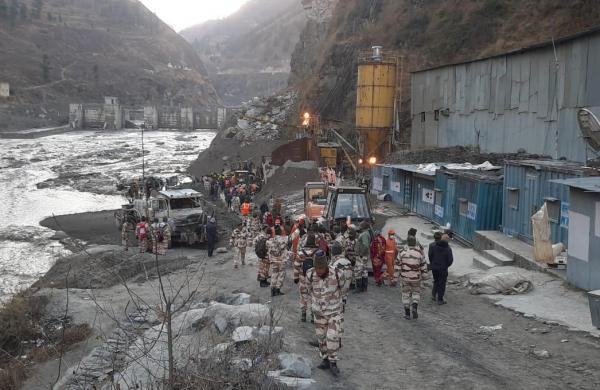 By Express News Service
BHOPAL: At least four men from Shivpuri district of Madhya Pradesh are among those missing after Sunday’s glacier burst tragedy in Uttarakhand.

The four men have been identified as Bhanu Pratap Sikarwar, Gajendra Pavaiya (both close relatives) and two cousins, Rakesh Lodhi and Sonu Lodhi – all natives of Dhamkan village of Shivpuri district.

According to Shivpuri district police superintendent Rajesh Singh Chandel, “All four men aged between 25 and 30 years were among the labourers hired by a metal company. They were engaged in welding works in one of the power projects, when the glacier burst triggered tragedy happened on Sunday.”

“Their (four men) relatives, after coming to know about the Uttarakhand tragedy over TV, rang on their phones, but the cell-phones of all four men either sounded switched off or out of reach. Unable to connect with the four men, their kin contacted us. Teams of police and revenue department have been sent along with the kin of the four missing men to Uttarakhand,” Chandel added.

Informed sources in Shivpuri district police informed The New Indian Express that the four missing men could have been in the collapsed tunnel.

Meanwhile, the MP CM Shivraj Singh Chouhan tweeted on the matter on Tuesday. “We’re in constant touch with the Uttarakhand government for tracking the four missing men of Shivpuri district after Sunday’s tragedy in the hill state’s Chamoli district.”