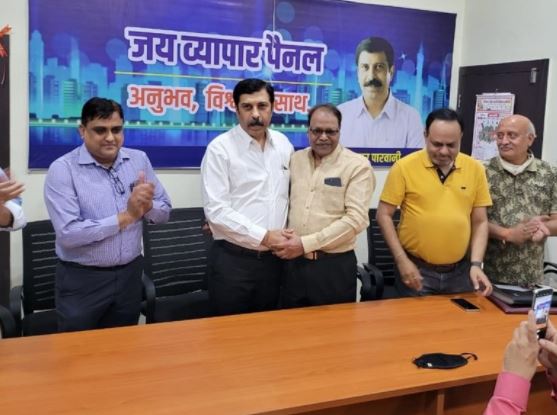 As soon as the electoral process starts, the electoral battle of the Chhattisgarh Chamber of Commerce is intensifying. After the Trader Progress Panel, the Trader Development Panel has also announced its support to the Jai Trading Panel.

In this regard, a meeting was held on Saturday evening between the President of Jai Trade Panel, Amar Parvani and the President of Merchant Development Panel, UN Aggarwal, and in this meeting there was agreement between the two. Trade sources say that the business unity panel will get a big shock as Jai Business and Merchant Development come together.

The biggest reason for this is that in the Chamber elections, caste issues are also seen along with business issues and business interests. It is worth mentioning that even before this, the Merchant Progress Panel has given its support to Jai Trade Panel.

Thus, after the two business panels are held together, it has been decided that Amar Parvani and Yogesh Agarwal will have a direct fight for the state president in the chamber elections. At the same time, for the State General Secretary, there will be a competition between Ajay Bhasin and Rajesh Vaswani and for the State Treasurer, Uttam Golcha and Nikesh Baria.