Chakka jam across the state, protest on 6 February, protest 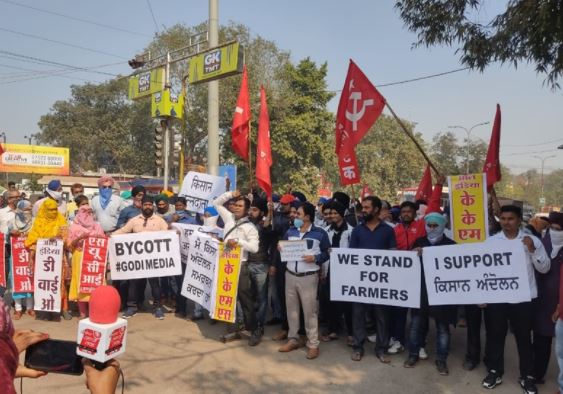 On the nationwide call of All India Kisan Sangharsh Coordination Committee and United Kisan Morcha, constituent organizations associated with Chhattisgarh Kisan Andolan will also perform chakka jam and dharna on February 6 all over the state. This movement will be done against the withdrawal of anti-farmer laws, legislation to ensure minimum support price one and a half times the C-2 cost and against the anti-farmer and corporate-budget of the central government.

The violence in the Red Fort on 26 January was the result of this, under the guise of which this government has unsuccessfully tried to discredit the peasant movement. He said that on one hand the government is proposing to postpone three anti-farmer laws for a year and a half, but on the other hand through its budget proposals, these same laws are being implemented. In this year’s budget, in the year 2019-20, in comparison to the actual expenditure incurred in the agriculture sector, it has been cut by eight percent and food subsidy by 41 percent.