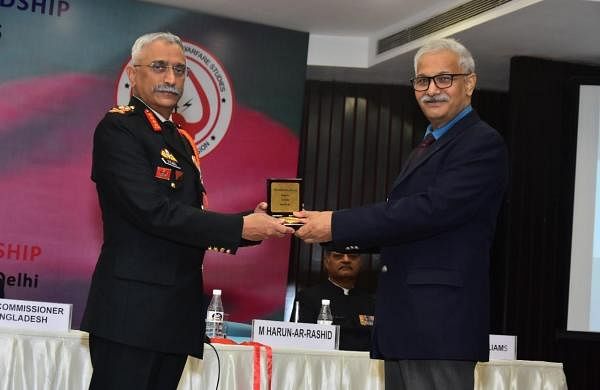 NEW DELHI: Chief of the Indian Army General MM Naravane, on Wednesday, November 24, 2021, pointed towards the hegemonic approach of certain nations that are reportedly working to change the international status quo, without naming any country in particular.

In Eastern Ladakh, China has been involved in a tense standoff with its forces based at Line of Actual Control disregarding the agreements and understandings related to the LAC.General MM Naravane, in a seminar, praised the India-Bangladesh boundary resolution and also pointed out that there are countries that are disregarding the territorial integrity of other nations.“The historic land boundary agreement between our nations has set a unique example on how to resolve border disputes through mutual negotiations and a concerted outlook,” said the Army Chief. “This at a time when certain countries are trying to alter the status quo by force bypassing traditional norms and protocols and with complete disregard to the territorial integrity of others.”China not only disregarded the agreements with India on the LAC but has also been involved in maritime boundary contests in the South China Sea with various other nations.

There are around 60,000 troops positioned at high altitude locations of the LAC along the Eastern Ladakh since clashes between the soldiers of the two countries took place in May 2020. In addition, China has been building up its troop positions and habitat all along the LAC. India has also fast-paced its infrastructure towards the Northern borders and has been continuing with precautionary deployment all along the LAC.The Army Chief was speaking at a seminar on ‘India-Bangladesh: 50 years of friendship’ organized by Delhi-based thinktank Centre for Land Warfare Studies. “Such agreement as that between ours epitomizes the three ‘M’s – Mutual respect, trust and commitment to the rules-based order.”

Speaking at the Occasion the High Commissioner of Bangladesh H.E. Mr Muhammad Imran said, “India has experienced adverse situations in some of the states close to Bangladesh but since assumption of power in 2009 the Government of PM Sheikh Hasina has offered all-out support. It ensured that no one gets to use Bangladeshi soil to harm any neighbouring country. Bangladesh has resolved to not tolerate terrorism, radicalism in any form and not to allow her soil to be used for this purpose.”

After ratification of the historic Land Border Agreement by India on June 6, 2015, the legal exchange process involved 162 enclaves (111 Bangladeshi enclaves with a total area of 17,160 acres and 51 Indian enclaves covering a gross area of 7,110 acres) was completed by August 1, 2015.