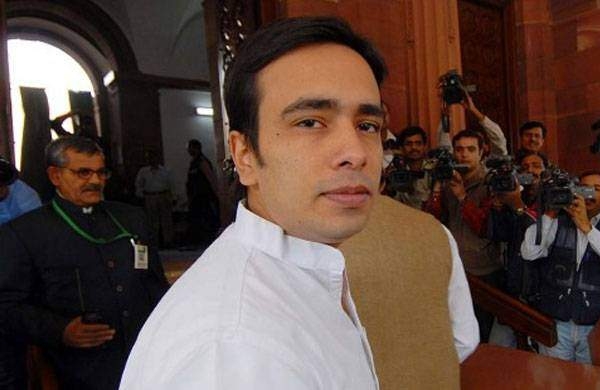 By PTI
NOIDA: The Centre is using the “divide and rule policy” used by the British to suppress the ongoing farmers’ protest against the new agri laws, Rashtriya Lok Dal vice-president Jayant Chaudhary said on Thursday.

The agitation was first dubbed as a “Khalistani movement” and then called a “Jats’ movement” when it is the fight of all farmers, Chaudhary said while addressing a ‘mahapanchayat’ in western Uttar Pradesh’s Mathura district.

This was the 11th such congregation of farmers in the region amid the agitation against three farm laws enacted by the government in September last year.

Taking a jibe at Prime Minister Narendra Modi, Chaudhary said he “is such a strong prime minister that he is now standing against farmers”.

The RLD leader alleged the government is trying to divide farmers to end the protest.

“They are using the divide and rule policy which was used by the British to suppress India’s freedom movement,” he said.

“First they called this a Khalistani movement, then they said this is a protest only by the Jat community when the reality is that it is the fight of all farmers in the country,” he added.

Chaudhary also hit out at the government over the registration of FIRs against journalists, activists and artistes in different parts of the country for criticising it.

He called on the gathering to support the farmers’ protests at Delhi’s border points of Tikri, Singhu and Ghazipur.

Thousands of farmers, mostly from Punjab, Haryana and western Uttar Pradesh, have been camping at Delhi’s border points for over two months to press for the repeal of the three agri laws and a legal guarantee on the minimum support price.

The RLD is holding a series of farmer meetings across Uttar Pradesh, especially in the western part of the state, to reach out to the public over a host of issues, including those faced by farmers.