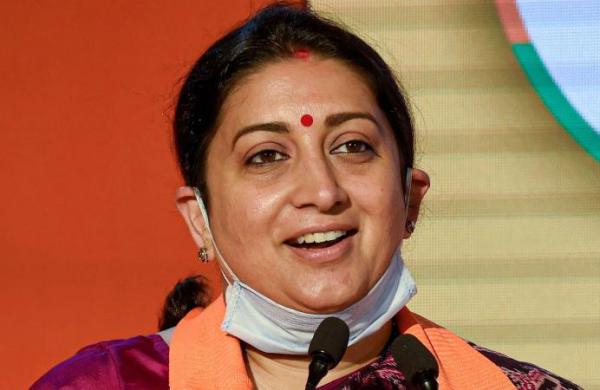 By PTI
JAIPUR: Union Minister Smriti Irani on Sunday said the Centre is trying its best to reduce fuel prices and the Rajasthan government should also do its part.

“While the Centre is trying its best to reduce the fuel prices, the Ashok Gehlot government in the state has enough allocation to reduce fuel prices. Now, it is up to him how much burden he wants to reduce on the people of the state,” Irani told reporters at a press conference here.

The Rajasthan government had recently reduced the value-added tax (VAT) rate by two per cent on petrol and diesel.

Responding to a separate query, the BJP leader said even the Congress’ students’ wing is now collecting money for the construction of Ram Temple in Ayodhya.

She took a dig at the Congress, saying the party had once submitted an affidavit questioning the existence of Lord Ram.

On the farmers’ issues, Irani said 11 rounds of talks have already been held between the government and farmers.

“As our (Union Agriculture) minister said, we are ready to talk with them (farmers),” she said.

Irani, who holds textiles and women and child development portfolios, said the 2021-22 Union budget will play a key role in the nation-building.

“Rs 2.23 lakh crore were allocated to strengthen the health infrastructure. The prime minister has allocated capital expenditure of Rs 1 lakh crore for construction of road. Through Ujjwala Scheme, eight lakh families were provided clean energy. And in this budget it was announced that one crore more families will be connected,” she said.