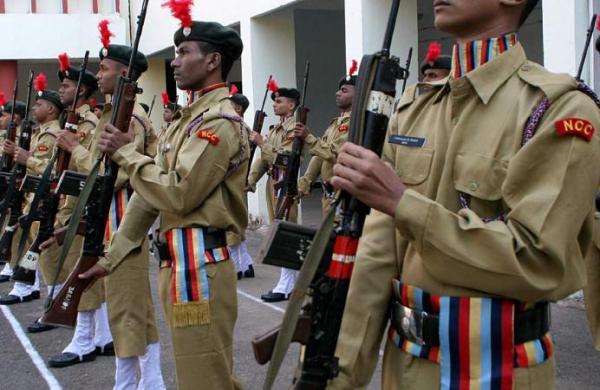 Express News Service
NEW DELHI: Nearly a month after the Union Finance Minister announced the setting up of 100 Sainik schools across India on PPP mode, balls have been set rolling to introduce the pattern in about 25 Navodaya schools in several states on a pilot basis.

Under the plan, initiated by the Prime Minister’s office in 2017, at least one school in each district of the country will be run on the pattern of existing Sainik schools to develop “the ethos of national spirit, indomitable courage, an unfailing commitment to values of respect for country and society and imbibe the importance of physical fitness and embody the national pride”.

As per the plan, while the current 36 Sainik schools under the defence ministry will be renamed as Rashtriya Sainik schools, others incorporating its elements will be known as “Sankalp group of sainik schools”.

The Union Ministry of Education, three years ago, had suggested that Navodaya Vidyalaya—the residential schools from classes 6 to 12 largely for students from rural areas—could adapt to the model.

There are about 660 Navodaya Vidyalayas in the country, in every state except for Tamil Nadu. Under the latest plan, five schools each in all five regions will adapt the Sainik School model.

Vinayak Garg, NV Samiti commissioner could not be available for comments despite attempts to reach him but officials in the education ministry said that it is being “examined whether the model can be adopted for these set of schools.”

“We are meant to study the best practices in the education ecosystem and adopt them wherever possible,” said an official in the school education and literacy department.

In her Budget speech last month, Union finance minister Nirmala Sitharaman had said that the government will set up 100 new Sainik schools in partnership with NGOs, private schools, and states.

Some educationists, meanwhile, questioned the move to “upgrade the Navodaya schools”.

“In my view, Sainik school and Navodaya school serve very different and distinct purposes and there is no need to merge their values as bringing quality and discipline cannot be achieved by simply making other schools into Sainik schools,” said educationist Anjela Taneja.

“Students from rural areas need to be encouraged as much to enter other professions as defence services,” she said and added that it was perplexing why the private sector should be roped in to set up or upgrade into Sainik schools.