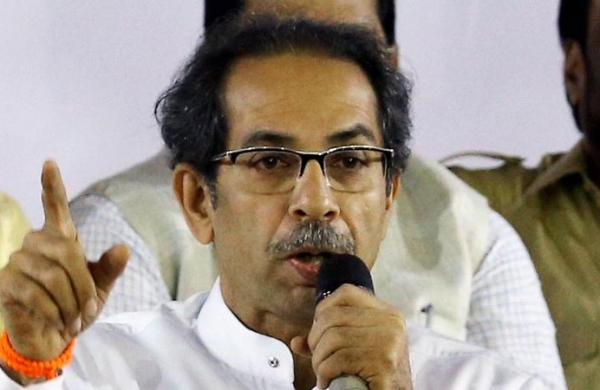 By ANI
MUMBAI: In order to discredit the sustained farmers’ movement against the farm laws, Bharatiya Janata Party (BJP)-led Central government provoked the farmers to commit violence, the Shiv Sena alleged on Thursday.

This comes two days after agitating farmers broke barricades to enter Delhi and indulged in vandalism across several parts of the national capital during their Kisan tractor rally organised to protest against the Centre’s three new farm laws on January 26.

Through its mouthpiece, Saamana, the Shiv Sena said “no one will support what happened in the national capital on Republic Day.”

Thousands of farmers have been agitating on the Singhu border for the last 60 days. Farmer leaders were saying that on January 26, they would conduct a ‘tractor parade’ in peace. But by breaking the barricades under siege by the police, the agitating farmers on their tractors entered the Delhi border and reached the Red Fort directly. The Republic Day ‘parade’ took place at Delhi’s Rajpath in the morning and the whole country was shaken by the farmers’ parade in the afternoon. There was a sudden panic in Delhi. Law and order condition was broken. Everyone is hurt by such an incident on Republic Day, it said.

Sena attacked BJP for the violence that broke out in various parts of Delhi during a tractor rally on January 26.

“Now, BJP has heavily come down on the agitating farmers. The programme to enter Delhi was a pre-planned program and the farmers’ movement has gone into the hands of the terrorists, according to BJP’s intelligence system. The crowd who stirred in the Red Fort was led by a young man named Deep Sidhu. It has been revealed that this Sidhu belongs to the camp of Prime Minister Narendra Modi, Home Minister Amit Shah. BJP’s Punjab MP Sunny Deol has a close relationship with Sidhu. Farmer leaders like Rajesh Tikait say that Sidhu had been talking about revolt and separatism for the last two months by entering the crowd of farmers,” it said.

“For the last 60 days, the farmers’ movement has been going on in a peaceful manner, demanding the repeal of three agricultural laws that are opposed in the interests of the country’s farmers. Despite this, there was no split in the farmer movement and the patience of the farmers was not broken. For this reason, the Central Government had to sit with folded hands. It was also said that the farmers’ movement is Khalistani. But still, the farmers remained calm,” the party added.

According to Shiv Sena, it was the “desire of the government to discredit the movement by provoking the farmers to commit violence. If it had fulfilled its desire on January 26, then it has brought the country into disrepute.”

“It is not right to put the responsibility of violence on farmers only. The government has done what it wanted. Its victims are farmers, policemen and young men who shed their blood,” it added.

Sena said that if Punjab becomes turbulent again, then “it will not be good for the country.”

“The farmers involved in the movement are from Punjab and they do not have the support of the whole country, this claim of the government is wrong. The whole country stands with Punjab,” it said.

Commenting upon the vandalism and unfurling of the flag in Red Fort ramparts, Shiv Sena said, “The tricolour is flying over the Red Fort. BJP-backed media started shouting that agitating farmers insulted the tricolour. But the veil of lies was torn. Sidhu, who was leading the agitators on the Red Fort, has a relationship with the BJP. No one put a hand on the tricolour. A religious flag was hoisted on the second dome of the Red Fort, no one is ready to show this truth. Those who attacked the police should be apprehended and prosecuted. The government should deal strictly with those taking up the law.”

The party stated that the three agricultural laws are not the present and future of the country.

“Somebody has an interest in it. That is why the oppression of farmers is going on. It is not in the national interest,” it alleged.

Nineteen people have so far been arrested and over 25 criminal cases registered by Delhi Police in connection with the violence that broke out during the farmers’ tractor march on Tuesday, Police Commissioner SN Shrivastava said on Wednesday.

Farmers broke barricades to enter Delhi and indulged in vandalism across several parts of the national capital during their Kisan tractor rally organised to protest against the Centre’s three new farm laws. Several public and private properties were damaged in acts of vandalism by the rioting mob.