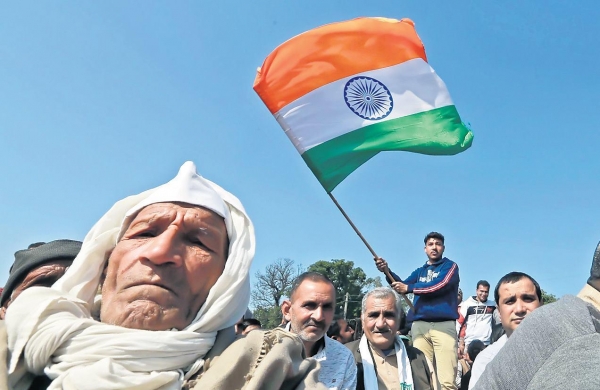 By Express News Service
NEW DELHI: The Lok Sabha witnessed logjam even on Friday with the Opposition parties persisting with their demand of repealing the farm laws, leading to repeated adjournments.

Faced with the prospect of being unable to fulfil the convention of holding discussion on the President’s address to the joint sitting of the two Houses of the Parliament, the government is likely to buy peace and agree to a separate discussion on the farmers’ protests with the Opposition.

With only five days left for the conclusion of the first half of Budget session, during which it is a matter of prestige for the government to complete the discussion and pass the motion of thanks to the President’s address, the government has little choice.

Sources indicated that one day next week will be marked for a separate discussion on farm laws.

On Friday, Parliamentary Affairs Minister Arjun Meghwal read out the agenda for the business of the House for the next week, which included motion of thanks, Budget discussion, and a number of legislative proposals, including the Delhi Special Laws (Amendment) Bill.

Lok Sabha Speaker Om Birla is learnt to have continued to speak to the floor leaders of the political parties to find a breakthrough. He will be meeting the leaders of the parties again on Monday before the House convenes for the day.

The Office of the UN High Commissioner for Human Rights on Friday called on both the Indian government and the demonstrators to exercise maximum restraint.

“We call on the authorities and protesters to exercise maximum restraint in ongoing #FarmersProtests. The rights to peaceful assembly & expression should be protected both offline & online,” it tweeted. “It’s crucial to find equitable solutions with due respect to #HumanRights for all.”