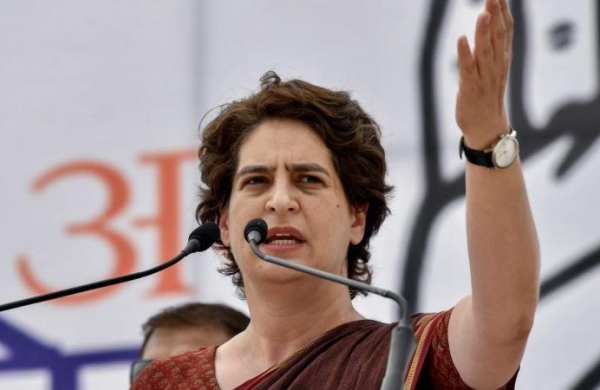 By PTI
NEW DELHI: After the Centre said it has no record of farmers who have died during the agitation at Delhi’s borders against three agri laws since 2020, Congress leader Priyanka Gandhi Vadra on Sunday alleged that the government has been constantly “insulting” the farmers and demanded that it must repeal the legislations.

Agriculture Minister Narendra Singh Tomar informed Parliament on Friday that the government has no record of farmers who have died during the agitation at Delhi’s borders against three new farm laws since last year.

“The BJP government said in Parliament that neither it made any effort to know farmers’ opinion on the three black agri laws nor does it have any data on how many farmers have been martyred,” Priyanka Gandhi said.

Alleging that the government was looking at the issue from the prism of its “billionaire friends”, the Congress general secretary said this government is “constantly insulting farmers”.

She made the remarks in a tweet in Hindi using a Hindi hashtag which translated to “Take back black farm laws”.

Farmers, mainly from Punjab, Haryana and western Uttar Pradesh, have been camping at Delhi’s borders since November last year in protest against the three laws.