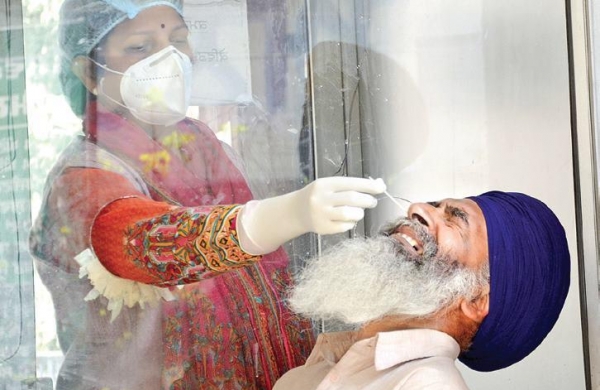 Express News Service
NEW DELHI:  Just a day before the ongoing Covid-19 vaccination drive is set to be scaled up to cover those identified as one of the most vulnerable population groups, states are still in the blinds even on basic details as the Centre scrambled to finalise specifics at the last minute.

Most of the states on Saturday for instance said they did not know how many vaccine doses—or which one—will they receive as the vaccination opens up for people above 60 years and over 45 with specified comorbidities from Monday.

The cumulative number of this group is estimated to be nearly 12 crores—of which about 11 crores are people older than 60 years.

ALSO READ | COVID-19 vaccine to cost Rs 250 per dose in private hospitals, only Covishield to be available

Ministry of health and family welfare officials meanwhile said that after pricing negotiation with the companies—Serum Institute of India and Bharat Biotech—that continued for several rounds, talks are on to gauge the available stock of vaccine vials that can be immediately dispatched to states.

“While the number of the targeted group in every state is clearly estimated—we need to understand the stock availability with the companies and then distribute it to states accordingly,” said a government source. Sources also added that while the government has fixed a price of Rs 150 per dose for vaccine makers in private hospitals, manufacturers are not happy.

“The issue during the price negotiation was that how can the price of the vaccine in private hospitals be lower than the rate at which the Central government had procured it earlier for the first phase of vaccination,” an official told this newspaper.

“The companies were very reluctant in accepting the price.” Officials in few states meanwhile said that for the  expansion of the vaccination drive, while the states needed additional doses at least a day before, there is no clarity on when and how much will arrive. “We do not want a situation where entitled beneficiaries queue up for vaccines at a health facility and we have to tell them that enough vaccines are not available,” said a health department official in West Bengal.