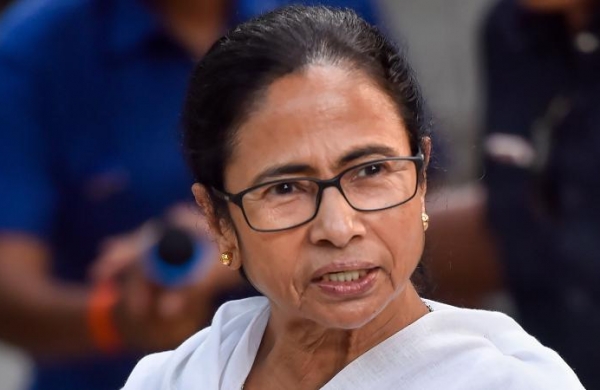 By PTI
KOLKATA: Chief Minister Mamata Banerjee on Monday slammed the Centre calling it “a cruel government” for its meagre advance to the state after Cyclone Amphan and said “Gujarat will never be able to rule Bengal”.

Speaking on the last day of the concluding session of the 16th West Bengal assembly, Banerjee also took on the Opposition for criticising her vote-on-account and saying it was done with an eye on the polls.

The fiesty Trinamool Congress supremo, who was speaking at the debate on the Rs 2.99 lakh crore vote-on- account presented by her, said even if it was so it was done for the welfare of the people and claimed that her party would return to power in the state in the coming assembly poll.

“Even if it (the vote-on-account) is what the opposition is saying, where is the problem? It is for the welfare of the people. Some are saying we are there for a few days. We will be back with a huge mandate”, she asserted.

To Prime Minister Narendra Modi’s criticism of her government during his visit to the state on Monday, Banerjee lashed out saying she has never seen asuch a “cruel” government as the one headed by him at the Centre.

“Now that polls are round the corner in West Bengal, it seems that there is nothing else for BJP but Bengal.

In this election all its leaders and ministers are coming to places in the state of which they do not even know.

“Gujarat will never be able to rule Bengal,” she said in an apparent reference to the visit of Modi and those by Amit Shah, who is scheduled to visit the state later this week.

Criticising the BJP-led government at the Centre, she said the prime minister during his visit to the state after the devastating cyclone Amphan had announced a mere Rs 1000 crore.

“That money too was given as advance. I have never seen such a cruel government. We had to spend more than Rs 2542 crore over and above the last budget to meet the situation due to Cyclone Amphan and COVID-19,” she said a presented a supplementary budget on it.

On opposition’s allegations of mass corruption in the distribution of relief post-Amphan, she conceded that there may have been some errors but they were corrected.

“Now that polls are round the corner in the state, it seems that there is nothing else for BJP but Bengal.

In this election all its leaders and ministers are coming to places in the state which they do not even know of”.

Banerjee said she will inaugurate a total 19 projects in the state on Monday and Tuesday at an investment of Rs 72200 crore and create employment oppurtunity for 3.2 lakh people.

The session concluded after passing the clearing the vote-on-account, which was presented on February 5, and the supplemenatry budget.

Banerjee took part in the photo session of the House, which was boycotted by the opposition BJP, Left and Congress members.

Assembly employees took part in it.