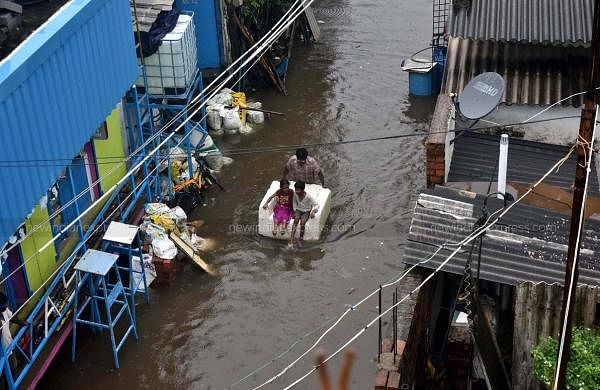 BENGALURU: An inter-ministerial central team (IMCT) has arrived in Karnataka to assess loss and damage caused due to floods and landslides triggered due to rainfall during October-November, the state government said on Thursday.

The government has sought Rs 1,281 crore from the Centre as relief for the damage caused.

The seven-member team is led by Sushil Pal, Chief Controller of Accounts, Ministry of Home Affairs.

The IMCT will split into three teams of two members each, and has been constituted for on-the-spot assessment of flood affected areas, an official release said.

They are visiting Karnataka for three days from December 16-18 and will visit Tumkur, Hassan, Chikkaballapur, Bengaluru rural, Haveri, Dharwad and Chikkamagaluru districts.

Karnataka State Disaster Management Authority Commissioner Manoj Rajan made the presentation to the IMCT on Thursday.

The floods and landslides have damaged crops in more than 9.9 lakh hectares besides around 20,083 houses have been damaged.

This apart there is extensive damage to roads, bridges and culverts, electrical infrastructure, schools, hospitals and anganwadis and government buildings.

From October 1 to November 21, the state received 307 mm rain as against its normal of 166 mm, recording 85 per cent more rainfall.

Twenty-three of 31 districts have recorded excess to large excess rainfall.