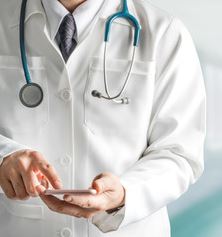 The Central Government has taken a big decision regarding Ayurveda Doctor. Ayurveda doctors will now be able to perform eye, ear and throat surgery along with general and orthopedic surgery. According to the Central Council of Indian Medicine, after getting the green signal from the government, PG students will be given detailed information about the surgery.

Dr. S.K., former advisor of Central Government Ayurveda. Sharma expressed happiness over this decision of the government and described it as a milestone. He said that the country is currently facing a shortage of surgeons. With this decision of the government, the shortage of surgeons in the country will be removed. With this, patients from remote areas will not have to flee the city and they will be able to get a high level of treatment in their area.