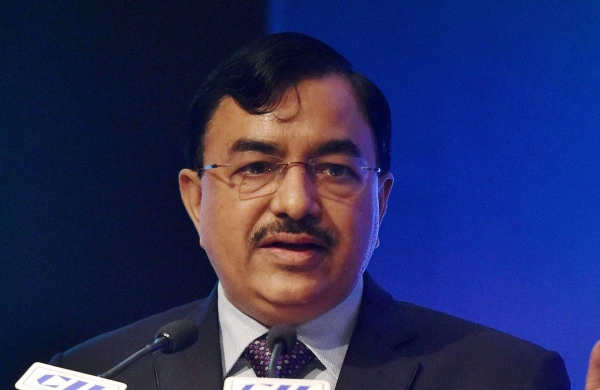 By PTI
NEW DELHI: Chief Election Commissioner Sushil Chandra has written to Law Minister Ravi Shankar Prasad requesting for expedited action on the electoral reform proposals pending with the government, including the one which seeks an enhanced two-year jail term for those furnishing incorrect information in their poll affidavit.

“I have written to the law minister to expedite these proposals and hopefully they will be taken up early by the ministry,” Chandra told PTI.

The letter was sent by the CEC last month.

Enhancing the imprisonment period for those furnishing incorrect details in poll affidavits from existing six months to two years is a key electoral reform proposal of the Election Commission.

A two-year jail term could bar the candidate from contesting elections for six years.

“The present six-month imprisonment does not lead to disqualification,” lamented Chandra.

The Election Commission has also proposed making paid news an electoral offence under the Representation of the People Act to provide a strong deterrent against the malpractice.

The poll panel, reminded the CEC, has also proposed a ban on political advertisements in newspapers during the “silence period” between the end of campaign and the day of polling so that the electorate is not influenced and can exercise the franchise with a free mind.

The move will require changes in the Representation of the People Act.

A committee, tasked with proposing changes in electoral laws dealing with campaigning in the 48 hours prior to polling, had recommended a ban on advertisements in newspapers on the day of polling.

As of now, only the electronic media is barred from showing election publicity material during the 48 hours before conclusion of polling.

But the committee recommended bringing the print media under the ambit of Section 126 of the Representation of the People Act, 1951.

The chief election commissioner said another key proposal pending with the government relates to linking electoral roll with the Aadhaar ecosystem to root out multiple enrolments.

Law Minister Prasad had recently said in written reply to a question in Lok Sabha that the EC proposal was under the consideration of the government and that this would require amendments to electoral laws.

“The matter is under the consideration of the government,” he had said.

According to the EC proposal sent in August 2019, the electoral law should be amended to empower electoral registration officers to seek Aadhaar number of existing voters as well as of those applying to enrol themselves in the voter list.

In August 2015, a Supreme Court order on Aadhaar had put the brakes on the Election Commission’s project to link Aadhaar number with electoral data.

The poll panel was then collecting Aadhaar number as part of its National Electoral Roll Purification and Authentication Programme (NERPAP).

Seeking to check multiple entries in electoral rolls and to make them error-free, the Election Commission had embarked on the ambitious project to link Aadhaar numbers with electoral data.

Since the Supreme Court order makes it clear that sanction of law is required to collect Aadhaar number, the Commission has proposed changes in electoral law, a poll panel functionary had recently explained.