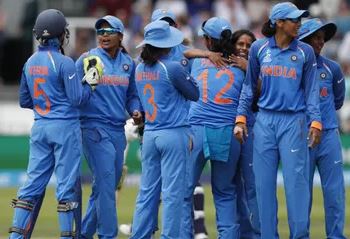 The Board of Control for Cricket in India (BCCI) has officially announced that Ceat, the country’s leading manufacturer of tires for the Women’s T20 Challenge tournament starting Wednesday in Sharjah, has been announced as a strategic timeout partner. Ceat has been the official strategic timeout partner for the IPL since 2015, and now the company has partnered with the BCCI to advance the women’s game. Speaking on the occasion, Arnab Banerjee, Chief Operating Officer, Ceat Tires Ltd said- We have seen some great performances in women’s cricket over the years and Ceat has always believed that women’s sport is extraordinary like men’s sports. .

For the last three years, we have been associated with Indian women’s T20 team captain Harmanpreet Kaur. It is a matter of pride for us that we have got a chance to take our journey forward with the Women’s T20 Challenge. IPL Chairman Brijesh Patel said, “In the last few years, the number of female viewers in the IPL has increased a lot. We sincerely hope that with the Jio Women’s T20 Challenge, not only will the viewership of cricket increase, but the participation in sports will also increase. “