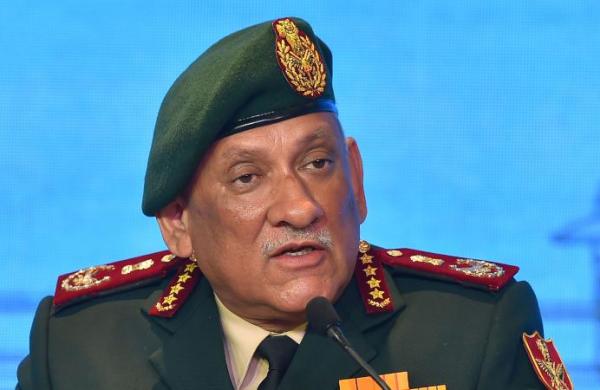 Express News Service
NEW DELHI: On Monday, the Chief of Defence Staff (CDS) General Bipin Rawat and Air Chief Marshal RKS Bhadauria, Chief of Air Staff reached Ladakh to take stock of the operational preparedness as high concentration of troops is deployed on both sides of the LAC since May 2020. All the areas of Line of Actual Control (LAC) have been reviewed, including by the Army Chief, within a month.

Official Sources confirmed, “CDS reached Ladakh in afternoon and will be visiting the forward areas in the Eastern Ladakh.” Gen Rawat will be briefed by Lt Gen PGK Menon, the commander of the Leh-based 14 Corps and other senior military officials about the current situation, added the source.

Last month, Chief of Army Staff Gen MM Naravane had visited eastern Ladakh to review the ground situation in the region that is also experiencing harsh winter. General Naravane also took stock of the preparedness in the Eastern Sector a few days back.

CDS also had visited the Airbases and the Advanced Landing Grounds of the Eastern Command on January 2. Dibang Valley, Lohit sector and Subansiri valley near the Line of Actual Control (LAC) in Arunachal Pradesh.

Air Chief RKS Bhadauria was also in Ladakh on Monday and apart from visiting the forward bases and the Advanced Landing Grounds (ALGs) there and he also took stock of the indispensable logistics supply. Prior to his forward area visit Air Chief joined the CDS for a comprehensive discussion on operational matters with senior IAF and Indian Army Commanders at Air Force Station Leh.

“During his visit to Thoise, he reviewed the ongoing logistic operations for support and sustenance of troops in the winter season. He also visited DBO and Nyoma ALGs where he was given a security overview in the respective sub-sectors. At DBO, CAS laid a wreath in homage to the fallen heroes.

There has been precautionary deployment by Army and the Indian Air Force(IAF) all along the 3488km since military standoff began in eastern Ladakh. Air Chief also had visited the ALGs and the Airbases under the Eastern Air Command last week. The LAC along Sikkim and Arunachal Pradesh come under the operational responsibility of the EAC.

Nearly50,000 troops of the Indian Army and the People’s Liberation Army are deployed in various locations along the LAC in eastern Ladakh. There have been multiple rounds of military and diplomatic talks between the two sides but there has been not any concrete outcome on the issues of disengagement.The standoff erupted on May 5 last year following violent clashes between the troops of the Indian Army and the Chinese People’s Liberation Army (PLA) in the Pangong lake area.