CBSE may conduct 10th-12th compartment examination by end of September 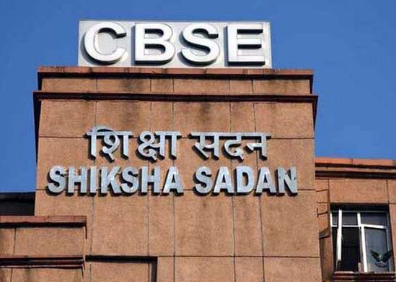 The Central Board of Secondary Education informed the Supreme Court on Friday that compartment examination of 10th and 12th is proposed to be held in the end of September. With this, CBSE said that the number of examination centers has been increased to 1,278.

It is to be noted that a petition was filed in the Supreme Court against the decision of the CBSE to conduct the Composition Examination, on which the bench of three judges of the Supreme Court is hearing today. But like JEE and NEET, this exam is also being opposed. There is a demand to cancel the exam.

CBSE had already spoken of organizing compartment exam 2020 for class 10th-12th in September. But like JEE and NEET, this exam is also being opposed. There is a demand to cancel the exam. According to the report, this time CBSE has a total of 2,37,849 students in the class compartment, including class 10th and 12th.

The Bench of Judge AM Khanwilkar, Dinesh Maheshwari and Sanjeev Khanna is hearing on the petition seeking cancellation of examination in their court. It has been said in the petition that it will be impossible for the board to conduct compartment examinations with full security amidst the corona virus epidemic. At the same time, due to the delay in examinations, the future of many students will come in the balance. This is because the process of admission in most colleges is about to end.