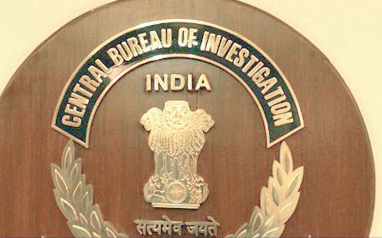 A team of the Central Bureau of Investigation (CBI), which has taken up the investigation of the Hathras incident, on Tuesday, reached the victim’s village Bulgadhi on Tuesday amid tight security, said the police.

The brother of the victim was taken to the spot of the incident by the Central Bureau of Investigation (CBI). Ahead of the CBI’s visit, police personnel were also deployed in the area. On Tuesday, the family of the deceased girl returned to the district after appearing in front of the Lucknow bench of the Allahabad High Court. The statements of the deceased’s family members on her cremation were recorded before the court on Monday.

Earlier in the day, Hathras victim’s family returned to their home in Bulgadhi village after appearing before the Lucknow bench of Allahabad High Court. It is noteworthy that the bench had taken suo moto cognisance of the incident in which a 19-year old woman had died on September 29 after the alleged assault and gang-rape on September 14.

The CBI had recently registered a case against an accused and took up the investigation of the Hathras incident. The case was filed on the request of the Uttar Pradesh government and “further notification from the Government of India.”A 19-year-old Dalit woman had succumbed to her injuries at Delhi’s Safdarjung Hospital on September 29 after being assaulted and allegedly gang-raped in Uttar Pradesh’s Hathras on September 14.