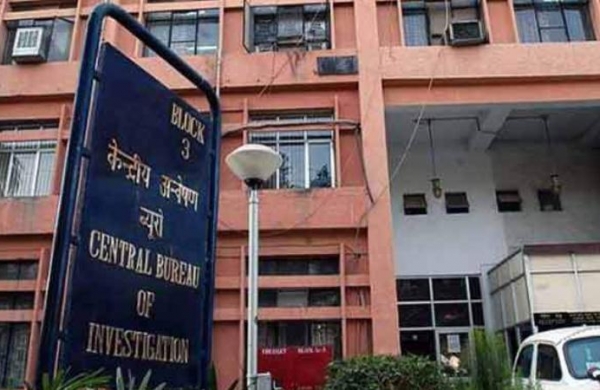 By PTI
NEW DELHI: The CBI has registered two separate cases pertaining to alleged bank fraud of over Rs 224 crore and carried out searches at eight locations in NCR and Gujarat, officials said Wednesday.

The CBI booked Ahmedabad-based power line construction company Archon Engincon Ltd and its Directors for alleged fraud of over Rs 182 crore in the State Bank of India led consortium during 2014-17, they said.

“It was alleged that during the period from 2014-15 to 2016-17, the accused entered into conspiracy and after availing the said limits, the accused diverted the sanctioned facilities by falsifying books of accounts and issuing bogus invoices and bills and thereby causing loss of Rs 182.37 crore (approx) to SBI,” CBI Spokesperson RC Joshi said.

During the searches at Ahmedabad and Gurgaon, the CBI recovered Rs 42 lakh cash besides incriminating documents including foreign currency of various countries; details and keys of bank lockers; details of investment in securities, mutual funds and other investment, he said.

The second case taken up by the CBI pertained to Delhi-based Goyal Engineering Polymers Pvt Ltd on a complaint from Indian Overseas Bank which was allegedly cheated to the tune of over Rs 42 crore, officials said.

It was alleged that accused directors of the company had defrauded Indian Overseas Bank by giving improper information and falsification of documents, they said.

“It was further alleged that the firm carried out substantial wrongful transactions with sister concerns/associates showing wrongful use of borrowed funds & diversion of funds to sister concerns, thereby causing loss of Rs 42.72 crore (approx) to the Bank,” Joshi said.

Searches were conducted at the premises of the accused at three places in Delhi and incriminating documents were recovered, he said.