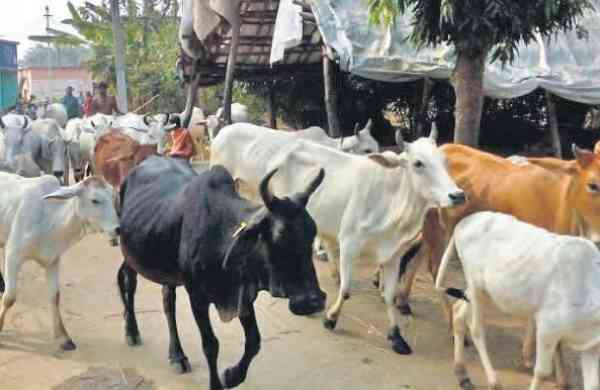 By PTI
KOLKATA: The Enforcement Directorate (ED) on Tuesday arrested Bikash Mishra, brother of Trinamool Congress’ youth wing leader Binay Mishra, in connection with its probe into the cattle smuggling case, sources in the agency said.

He was apprehended in Delhi, they said.

The central agency is investigating the money- laundering aspect of the case.

The Central Bureau of Investigation (CBI), which is also probing the cattle smuggling case, had interrogated Bikash once.

“Bikash was summoned by the CBI officials for the second time. But he did not appear and has been avoiding further interrogation,” sources in the agency said.

Both the central agencies had earlier carried out searches at residences of the TMC leader and his brother.

An arrest warrant was issued against the TMC leader in the cattle smuggling case as he has been absconding, they said.

The agency had in November last year arrested Enamul Haque, the alleged kingpin of the cattle smuggling racket running along the India-Bangladesh border in West Bengal.

It is alleged that cattle smugglers were bribing Border Security Force and Customs officials to keep their illegal business running.

The agency had also arrested a former commandant of the 36 BSF Battalion, in the case.

Meanwhile, the anti-corruption branch of CBI had filed its charge sheet in the cattle smuggling case at a designated court in West Bengal’s Asansol on February 8.

The names of the former BSF commandant and Haque have been shown as accused persons in the charge sheet.