Catastrophic floods in Bihar: Over 50 thousand people forced to live on the roadside due to hunger and thirst 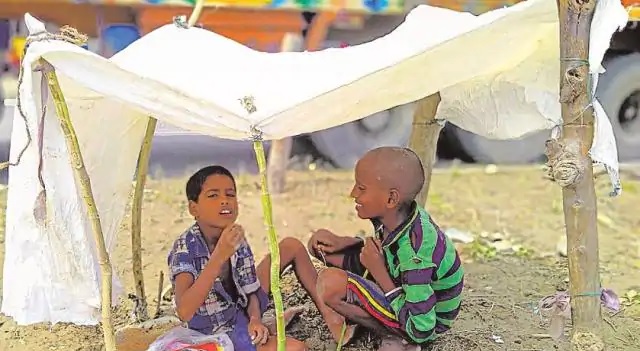 Gandak is causing havoc in 21 wards of Barauli Municipal Corporation of Bihar’s Gopalganj district and 55 villages in the block. More than fifty thousand people of these villages have left their homes and taken refuge in the dam or on the side of the roads. All these are facing tragedy of fear, hunger and thirst. Rain is also raining for them. But, administrative help is proving insufficient. Thousands of flood victims have neither food to cook nor a single candle to light. Road contact is cut off from all around. Sick people in the villages, pregnant women are also God dependent.

Around 2.5 lakh population of Barauli surrounded by flood waters is affected by the floods. So far, community kitchens in all the panchayats have not been started after the instructions of the government. A health camp is being set up by the administration in the flood affected area, but claims are being made to treat patients at different high places in lieu of the affected villages.

Sakli Devi of Pachrukhia village said that no one has reached the situation till now. When the son started having stomach pain on Sunday night, he felt that the son would die due to lack of medicine. Finally, grind the ajwain kept in the house and drink it. Gautam Sah of Muhammadpur village said that the packets of readymade food were dropped from the helicopter where there is no water.

CO Ramjit Prasad Singh claimed that relief and rescue operations in flood affected villages are being carried out on a war footing. The work of distributing bangle, pulp and polyethylene is in progress. Boats have been sent to help the flood victims. The NDRF team is also engaged in evacuating the stranded people.