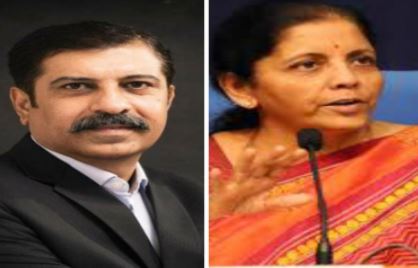 The union budget proposal to impose an additional tax of 2 percent on foreign e-commerce companies has been welcomed by the tireless efforts of the Confederation of All India Traders (CAT). CAT’s national vice president Amar Parvani said that CAT had been urging the government to clamp down on e-commerce companies for the past several months. This is a major step under this. Now many other steps are likely to be taken in this way. Finance Minister Nirmala Sitharaman and Commerce Minister deserve thanks for this.

Amar Parvani said that this provision has been made by proposing amendments in section 163 sub clause (3), section 164 clause (cb), section 165 sub clause (3) and clause (b) of the Finance Act, 2016 in the budget. These provisions will come into force from the previous date of 1 April 2020. Not only Amazon and Flipkart, but also Google, Microsoft, Zoom and other such foreign companies, which are engaged in selling goods or providing services through any online medium, will come under this provision. And they will have to pay 2 percent additional tax from April 1, 2020. This is a big and bold move of the government, which was warmly welcomed by traders across the country.