Caste and religion should not be linked to terror: Senior RSS leader Indresh Kumar 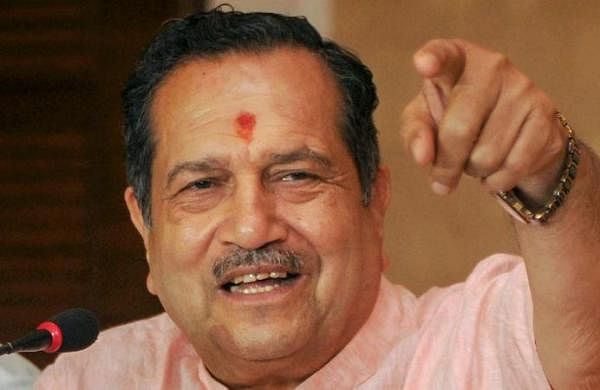 NEW DELHI: Senior RSS leader Indresh Kumar claimed on Saturday that the erstwhile Congress-led United Progressive Alliance (UPA) government applied all its might to implicate him in cases of so-called saffron terror but failed.

He was addressing an international conference jointly organised by the RSS-affiliated Muslim Rashtriya Manch, Vishwagram and the Forum For Awareness of National Security to deliberate on “Global Terrorism Vs Humanity, Peace and Possibilities”.

At its conclusion, the day-long conference passed a resolution demanding that the government ban linking of caste or religion to terror and declare it a punishable offence under the law.

“Caste and religion should not be linked to terror as such linking is exploited by those perpetuating terrorism. It should be banned and made punishable offence under the law. Exploitation of anybody in the name of religion and caste must be stopped, condemned and punished under the law,” Kumar said during the passage of the resolution.

He also appealed to political parties to rise above vote bank politics and “say no to this crime”.

“The Government of India (when UPA was in power) spent Rs 300-400 crore in the name of ‘bhagwa’ (saffron) terror case against me.

Even after deploying the entire government machinery, they could not get my name listed as accused…The poor government was then voted out (in 2014 Lok Sabha elections),” he said.

“My name did not figure in the list of either witnesses or accused. But the entire world was told that Indresh ji was involved, that there was a case against him. I have seen such a big lie…,” he added.

Referring to this episode, the RSS leader exhorted the participants not to fear raising their voice against what is wrong.

“When you are honest and standing by the truth and humanity, no body on earth can do any harm to you.”

Noting that there won’t be any jihad, lynching or communal riots if people pay respect to each other’s religion, the international conference in its resolution also demanded that the United Nation declare acts of condemning others’ religion a crime at global level.

While moving the resolution for its passage, Kumar raised objection to the categoriation of religions as minority and majority in India, calling it “a peculiar situation”.

“Religion is for the development of human being, to instill humanity in human beings. Categorising religion as minority and majority is itself inhuman and a mischief. This is basically vote bank politics,” he said.

Such categorisation of religion should not continue as “it has divided our country”, he said.

Addressing the conference, senior BJP leader and former Union minister Prakash Javadekar listed the steps taken by the Narendra Modi government against terrorism, saying the situation has changed in past seven years.

“See what has changed since 2014. Earlier, we witnessed series series of terror incidents, bomb blasts in Delhi, Assam, Jaipur, Pune were happening. In the last seven years, you have not heard of such news barring some places in northeast and Kashmir, he said Maoist violence has also gone down, he said “Stone pelting doesn’t happen now because their funding has stopped…India showed its capability in Balakot surgical airstrike. Pakistan is now realising that nothing can be done,” he said.

The conference resolved to work on the ground to ensure peace and harmony among people belonging to various religions in the country.

The conference, which was organised in both online and physical mode, was attended by Union Minister V K Singh and Governor of Kerala Arif Mohammed Khan, vice chancellors and professors of various universities, former diplomats among other dignitaries.