Cardi B addresses backlash ‘WAP’ received on its release 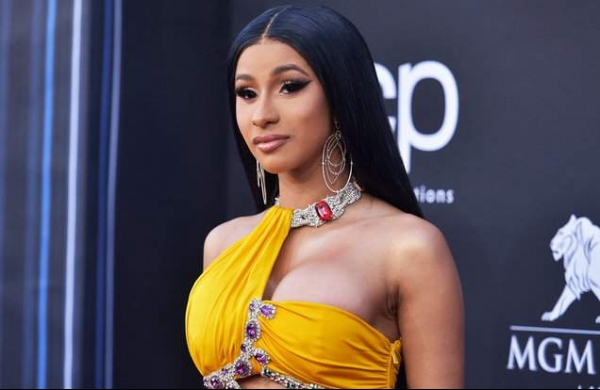 By ANI
WASHINGTON: American rapper-songwriter Cardi B has addressed the backlash that she and fellow collaborator Megan Thee Stallion received after the release of their song ‘WAP’ back in August of 2020.

According to People magazine, the 28-year-old rapper during a chat with Apple Music’s Zane Lowe said she was “surprised” when people shared negative reactions to the hit record.

She said, “When ‘WAP’ came out, the people that were criticizing it the most, they were like, ‘This is so nasty, this is so freaky’ — I don’t even think it was religious people, it was really a lot of Republicans.”

Cardi further clarified that it was the conservatives with social media platforms who came out with criticism and not the elected officials. She said, “Big Republicans, not like senators and s— like that, it was literally like those motherf—— that got blue checks on Twitter, they’re big influencers, and it’s just like out of anything that y’all could have talked about it?”

She even speculated that the negative backlash might have had been an outcome of her endorsement of Democratic politicians and policies, “I used to endorse Bernie [Sanders] and then Joe Biden, so they were just trying to figure a way out to pick on me.”

Cardi added, “Like, ‘Oh Joe Biden is this the girl you were doing that interview with? The girl that’s talking about WAP? That’s what you want America to be influenced by?’ ”

When ‘WAP’ released back in August, it continued to dominate music charts. Cardi defended the song as not overly explicit and within the context of the hip-hop and rap genre, calling out a double standard in the society.

As per People magazine Cardi, who shares a 2-year-old daughter Kulture Kiari with her rapper husband Offset, said she wouldn’t let her child listen to ‘WAP’, but added that it should go without saying since her music is for grownups.