‘Captain Saab did not fulfill even a single promise’: Kejriwal roars at farmers’ meet in Punjab 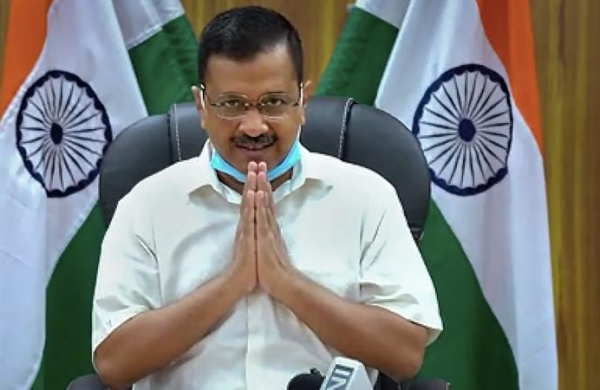 By Express News Service
CHANDIGARH: Delhi Chief Minister Arvind Kejriwal on Sunday hit out at the Amarinder Singh-led Punjab government and accused it of not keeping its poll promises and deceiving people. Targeting Punjab Chief Minister Amarinder Singh, Kejriwal said that four years ago he had made “big promises” of smartphones, waiving off farmer loans, old-age pension to be increased to Rs 2500, employment to every household,

“Captain Saab did not fulfill even a single promise that he made after he won the elections.

We also fought in Delhi, and we also made promises but we have fulfilled every single promise that we made. The people of Delhi receive 24 hours free electricity, they receive zero bills. 73 per cent of the people receive zero electricity bills.

If Delhi people can receive zero electricity bills, so can the people of Punjab. Why can’t it be possible in Punjab? Only the Aam Aadmi Party can do it. Captain Sahib had said smartphones will be given. Who got smartphones just to raise your hands? He had said farmers’ loan will be waived. Whose loan has been waived just raise your hands,” said Kejriwal.

While addressing a Kisan Maha Sammelan organised by the AAP at Punjab’s Moga, he said that his party will always stand shoulder to shoulder with farmers protesting against the Centre’s three farm laws.“The way that the Modi-led Central government passed the three black laws in Parliament, Punjab was the first state to raise its voice against the injustice being meted out.

OurPunjab farmers were the first to raise a protest against the laws. They were the first to start a movement against the laws and they took this movement to Delhi. Now, farmers from the whole country are standing with you,” he stated. He also accused the Narendra Modi led-Centre for “snatching power” from the chief minister of Delhi through National Capital Territory of Delhi (Amendment) Bill, 2021.