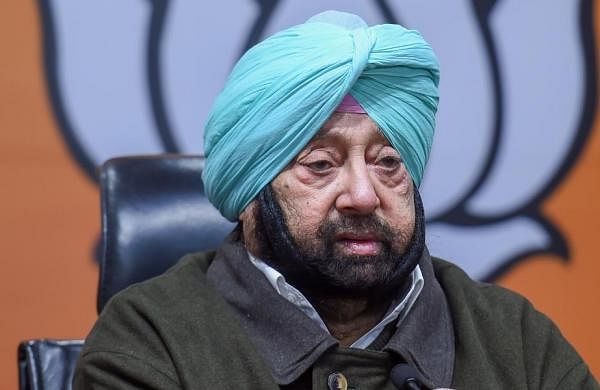 NEW DELHI: Former Punjab CM Captain Amrainder Singh will formally join the BJP on his return from London where he is convalescing after a lower back surgery last week. He is likely to be back in India late next week when the process of his induction would begin.

Amrinder Singh had formed a new political party – Punjab Lok Congress – after he quit the Congress party following his removal from the post of CM late last year. Sources said that the Congress stalwart from Punjab would merge his new party into the BJP.

Sources said that the main challenge before the BJP is how to accommodate Amrinder Singh’s wife Preneet Kaur, who is a former Union minister and sitting Member of Parliament from Patiala. Preneet Kaur has reportedly decided to hang her boots and hand over the mantle to her daughter Jai Inder Kaur. She wants the BJP to promise the Patiala Lok Sabha ticket to Jai Inder Kaur.

The BJP leadership is reportedly not happy with the fact that Perneet Kaur has not left the Congress even as her husband and most of his friends have deserted the party.

Sources said that the BJP is also not keen on accommodating Jai Inder Kaur because of the involvement of her husband’s company Simbhaoli Sugars Ltd in alleged misappropriation of bank money and the resultant cases in CBI and the Enforcement Directorate. Jai Inder is married to Gurpal Singh of the Sansi royal family who owns and runs the Simbhaoli Sugars Ltd in Uttar Pradesh, the ITC Welcomhotel in Amritsar, besides other businesses.

Jai Inder has been helping her parents in elections and recently became the president of the All India Jat Mahasabha replacing Navjot Kaur, wife of former Punjab Congress president Navjot Singh Sidhu.

The details of the merger of Captain’s party with the BJP would be worked out on his return from London. The decision of Preneet’s entry into the BJP would be taken by the BJP in consultation with him.