Can’t give extra chance to UPSC aspirants who appeared in last attempt in 2020: Centre to SC 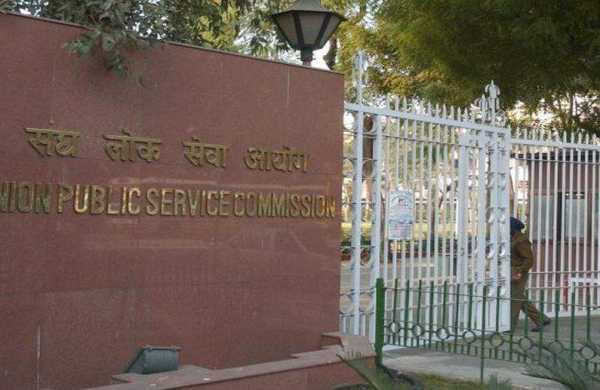 By PTI
NEW DELHI: The Centre told the Supreme Court on Monday that it cannot grant an extra chance to the civil services aspirants who could not appear or prepare well for their last attempt in the UPSC exam in 2020 due to the COVID-19 pandemic, reiterating it would amount to extending “differential treatment” to similarly placed candidates.

However, the top court adjourned the hearing in the matter till Friday after Solicitor General Tushar Mehta sought time to discuss the issue once again.

At the outset, a bench of Justices AM Khanwilkar and Dinesh Maheswari was told by Additional Solicitor General SV Raju that the Centre was not agreeable to giving a one-time concession to the candidates who were not able to appear in their last attempt due to the pandemic.

Raju also furnished a chart to the court giving details of relaxation given by Union Public Service Commission (UPSC) in civil services exams since its inception and said that in 1979, 1992 and 2015 relaxations were given to the candidates due to change in patterns of examination.

The bench said then it is not the first time that the exemption would be granted. Raju said that in 1979 and 1992 there was no preliminary examination and something new was introduced and subsequently rules were tweaked.

The bench said that the one-time relaxation will benefit over 3,300 students without even increasing the age-limit. It told Raju that if the Centre is not acceding to the suggestion then it would like to hear the petitioners.

Senior advocate Shyam Divan, assisted by advocate Anushree Prashit Kapadia, sought the chart submitted by Raju to the court. Mehta told the bench, which resumed the hearing in the post lunch session, that the Centre would like to discuss the matter once more and sought adjournment of the hearing till Wednesday or Thursday.

The bench said it is not recording anything but asked the Centre not to notify the rules for 2021 civil service exams till then and posted the matter for further hearing on Friday.

In its affidavit, the Centre said the contention by the petitioners that their preparation was hampered due to the stress caused by the prevailing COVID-19 pandemic does not hold weight as the UPSC had already given extra time to the candidates by postponing the civil service (preliminary) examination from May 31, 2020 to October 4, 2020.

“It is further submitted that giving an additional attempt or relaxation in age for some candidates would amount to extending differential treatment for similarly placed candidates at the examination,” it said and added that providing an extra attempt could further have “cascading effect” by creating a ground for challenge by candidates, who have already appeared for the October, 2020 exam.

It said that non-final attempt candidates, who took the examinations without any murmur or discontent, would disadvantageously be placed in future examination, if the relief is granted to the petitioners as it would enable a vast number of experienced candidates, to participate in the examination again.

The Centre said it was decided by the minister for state (personnel, public grievance and pension), who the competent authority for approving matters related to IAS/IPS/IFS on January 20, not to provide relaxation in age and number of attempts.

On January 29, the top court had asked the Centre as to why one-time relaxation cannot be given to civil services aspirants who could not appear or prepare well for their last attempt in 2020 due to the COVID-19 pandemic.

It had asked Centre to apprise it by February 1 on how many candidate would appear if one-time relaxation is given and how many times it has been done since the UPSC was established.

On January 25, the Centre had told the apex court that allowing extra attempt in UPSC civil services exam to those who could not appear in their last chance in 2020 due to COVID-19 would create a “cascading effect”, detrimental to the overall functioning and level playing field necessary for a public examination system.

It had said 4,86,952 candidates appeared in the October 4, last year examination and the UPSC had “left no stone unturned in their pursuit to accommodate for the means and interests of the candidates”. The top court on September 30 last year had refused to postpone the UPSC civil services preliminary exam because of the COVID-19 pandemic and floods in several parts of the country.

However, it had directed the central government and the UPSC to consider granting an extra chance to candidates who have their last attempt in 2020, with corresponding extension of the upper age-limit.