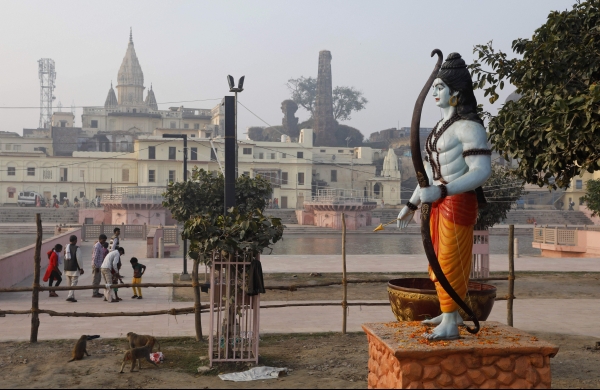 Express News Service
LUCKNOW: Two days after CM Yogi Adityanath visited Ayodhya and set a deadline on the ongoing infrastructural projects, the Ayodhya Development Authority (ADA) finalized three nodal firms, including a Candian company, to draw the blueprint for giving a makeover to the temple town as a world-class city.

According to ADA vice-chairman Vishal Singh, Canada-based multi-national firm LEA Associates South Asia Private Ltd and two Indian firms — Larsen & Toubro and Kukreja Architects —  were entrusted with drawing a vision document, chart out the implementation strategy and integrated infrastructure plan for Ayodhya in coordination with each other.

While the Canadian infrastructure firm was the brain behind the Tirupati Master Plan and Smart City, Kukreja Architects are credited with chalking out the blueprint for transit-oriented development of an unorganized urban sprawl in the Malaysian city of Banda Aceh with its successful spatial model.

On December 26 last year, the state government had put up proposals seeking requests from global and Indian consultants for drawing the blueprint of the Greater Ayodhya project. The firms were also sought to develop a vision document, implementation strategy, and integrated infrastructure development plan for the religious city which is witnessing the construction of the grand Ram temple complex over around 67 acres of land.