Can court override defence needs of country and say environment will triumph: SC on Chardham project 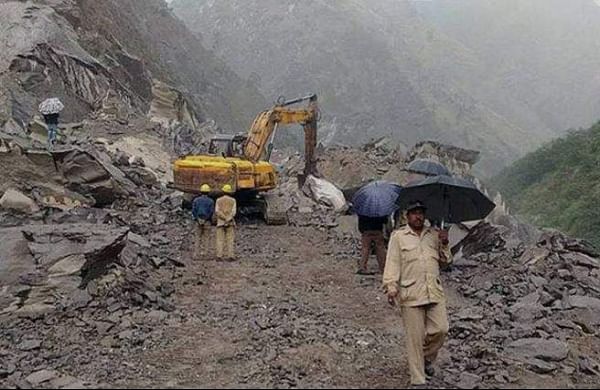 NEW DELHI: Referring to the India-China border standoff, the Supreme Court Tuesday wondered whether a constitutional court can override the need of the Army to defend the country and say that the protection of the environment will triumph over defence needs.

The top court said that it cannot ignore the fact that there is an adversary who has developed infrastructure on the border up to the hilt and the Army needs better roads up to the border which has not seen any radical changes since the 1962 war.

The court was hearing the Centre’s plea seeking modification of the September 8, 2020 order which had asked the Ministry of Road Transport and Highways (MoRTH) to follow the 2018 circular stipulating a carriageway width of 5.5 metre on the ambitious Chardham highway project which goes up to China border.

A bench of justices DY Chandrachud, Surya Kant and Vikram Nath during the daylong hearing said that it cannot deny the fact that the strategic feeder roads which go up to the China border in Uttarakhand need to be upgraded.

“We cannot deny the fact that at such a height the security of the nation is at stake. Can the highest constitutional court like the Supreme Court of India override the needs of the Army in view of some recent events? Can we say that environmental protection will triumph over the defence needs of the nation? Or we should say that defence concerns be taken care of so that no further environmental degradation does not take place,” the bench said.

It said that sustainable development has to take place and it should be balanced with the environment as the court cannot be oblivious of the fact that these roads need to be upgraded.

“I have been to the Himalayas numerous times for trekking. I have seen those roads. These roads are such that no two vehicles can pass each other at a time. There is an unwritten code that the ascending vehicle will have to give a pass to the descending vehicle. These roads are such that they need upgrading for the movement of heavy vehicles of the Army. There have not been any radical changes since the 1962 war,” Justice Chandrachud said.

The top court told the counsel for an NGO that the government is not seeking to build eight-lane or 12-lane highways up in the mountain but only two-lane highways.

“We have an adversary which has developed its infrastructure up to the hilt. We have to look into this,” the bench said as it sought to seek any official or unofficial report of development on the other side of the border from the petitioners.

At the outset, Attorney General KK Venugopal, appearing for the Centre said, “There has been tremendous buildup on the other side of the border. They have ramped up infrastructure and built airstrips, helipads, roads, railway line networks which proceed on the assumption that they are going to be there permanently.”

He said that these strategic feeder roads which connect the India-China border with the Army camps in Dehradun and Meerut where missile bases are located and the Army needs broader roads to move its heavy machineries, tanks and artilleries.

“Country cannot afford to have a repeat of the 1962 war-like situation when Army supplies were made on foot up to the India-China borders. We cannot be caught napping just like in 1962,” he said, adding that the September 8, 2020 order needs to be modified to enable the Army to construct the broader roads.

He said that the Army, which was actively involved in the whole process, should have brought the entire facts before the court when the order (September 8, 2020) was passed.

Senior advocate Collin Gonsalves, appearing for NGO Citizens for Green Doon said that huge degradation of the Himalayan region has been caused by the construction of the ‘ambitious’ project of the central government.

He showed video clips of massive landslides on the roads being constructed during Monsoon and said that due to frequent blasting of mountains, the region has become fragile and is prone to glacial melts and avalanches.

The hearing in the matter remained inconclusive and would continue on Wednesday.

The Centre, in its affidavit filed earlier in the matter, had urged the top court to accept the majority report of 21-members of the High-Powered Committee (HPC) recommending the road to be developed to two-lane with paved shoulders (10 metre wide carriageway) considering the strategic requirement and snow removal needs.

The HPC is monitoring the Chardham highway project on the widening of roads up to the India-China border in Uttarakhand.

Earlier, the Ministry of Defence had sought modification of this order.

In its application, the MoD had said it seeks modification of the order and directions that the national highways from Rishikesh to Mana, from Rishikesh to Gangotri, and from Tanakpur to Pithoragarh may be developed to two-lane configuration.

“However, from the beginning of this year, the situation on the ground has changed significantly, and it has become imperative that men and equipment should move swiftly from the army stations to the India-China border points,” it had said.